On Feb. 23, the El Paso Times highlighted the recent publication of the Bush Institute-SMU Economic Growth Initiative's white paper on smart border policy stating, "the Dallas-based George W. Bush Institute is calling for an "all of the above" approach to border security in a new set of policy recommendations."

In the report, Bush Institute-SMU Economic Growth Initiative experts Laura Collins, Matthew Rooney, and Cris Ramon wrote, "We do not need to sacrifice our humanity in the name of security, But we must be nimble in the face of changing circumstances and work closely across the entire region to prevent real security threats while upholding our tradition as a welcoming nation."

The white paper is a fifth in a series providing in-depth analysis and solutions on immigration topics currently being debated in Congress. The border paper calls on the United States to work directly with the governments of El Salvador, Honduras, Guatemala, and Mexico to enforce border security and stem the tide of migration flow.

Rooney told the El Paso Times, "There is big discussion about border security. What would you do to make it secure? How are you going to recognize border security when you see it? We wanted to try to offer the participants in this debate something to be for and contribute to that conversation in a constructive way. We have been stuck for so many years."

While discussing the paper with the reporter, Collins noted that Texas policymakers have an opportunity to lead. She said, "The history of Texas is not one of opposition to our neighbors across the border; it’s one of cooperation. The border is so much more than just migration, than the potential criminal aspects. It’s about the economy and what makes us both more secure and stable and successful."

In conjunction with the release of the white paper, Holly Kuzmich, Executive Director of the Bush Institute, Collins, and Rooney discussed what we can do to facilitate a strong economy without sacrificing security, and how we should address humanitarian issues at our southern border.

Creating Unity in a Diverse Society on February 23, 2021 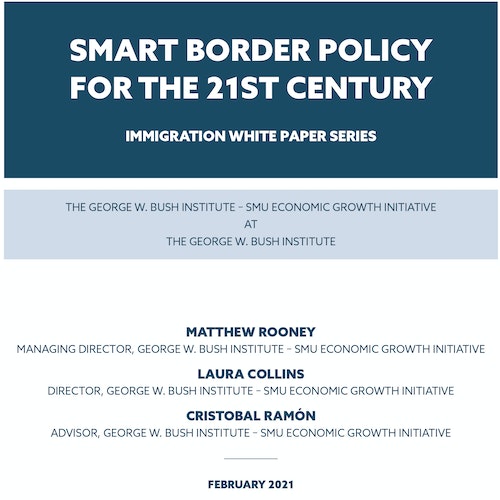 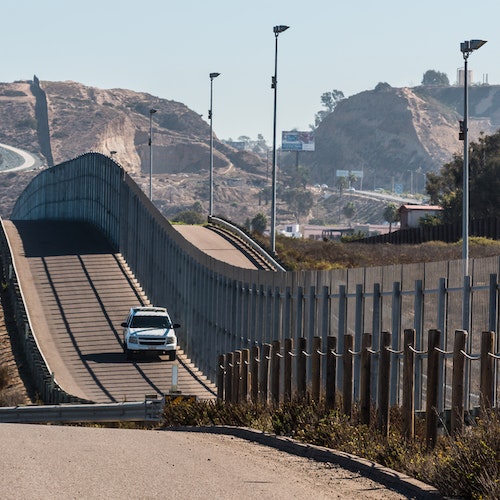 What Makes Smart Immigration and Border Policy in the 21st Century? Join our Bush Institute experts in a conversation and Q&A discussing the latest issues in immigration and what action we might see from policymakers. Watch video