Schools as the Gateway into American Life

Dr. Juliet Garcia, former President of the University of Texas at Brownsville, and Anne Wicks, the Ann Kimball Johnson Director of Education Reform at the Bush Institute, discuss the strategies and resources needed to integrate immigrant students into American life -- and why meeting this goal is fundamental to the stability of America's democracy.

Dr. Juliet Garcia became the first Mexican-American female to lead an American university when she was chosen to head Texas Southmost College in 1986. The school later merged into what became the University of Texas at Brownsville, where she served as president until 2014. Now a Senior Advisor to the Chancellor of the University of Texas System, Garcia grew up in a family with roots on both sides of the Texas-Mexico border. Her exposure to a diverse world worked to her advantage as an education leader, which TIME noted in 2009 when it recognized the South Texan as one of America’s 10 top college presidents.

Anne Wicks, the Ann Kimball Johnson Director of Education Reform at the Bush Institute, leads projects on school leadership and school accountability, as well as the work of the Laura Bush Foundation for America’s Libraries. The Stanford University graduate is a former eighth-grade social studies teacher and former Associate Dean of the Rossier School of Education at the University of Southern California, where she earned a MBA. The Minnesotan now serves on the boards of Dallas Afterschool and Education Open Doors.

The pair spoke with Chris Walsh, Senior Program Manager for the Bush Institute, and William McKenzie, Senior Editorial Advisor at the Bush Institute, about the role that schools from pre-K through college play in integrating immigrant students into American life. They draw upon their experiences in discussing the strategies and resources needed to achieve this goal, starting with expectations that every child can succeed. As they contend, meeting this goal is fundamental to the stability of America’s democracy.

Schools as the Gateway into American Life

Explore challenges to the health of democracy in the Bush Institute's Democracy Talks series. Read more
Creating a Common Narrative in a Diverse Democracy
Religious Institutions Create a Point of Contact for Immigrants
The Complicated Journey of Becoming an American
Individual Rights Define the American Identity
Becoming a Welcoming Society
Creating Unity in a Diverse Society
Religious Identity's Role in Immigration
How Gender and Technology Impact Migration
America's Democratic Identity Binds Together a Diverse Nation
Making “We” as Big as It Can Be 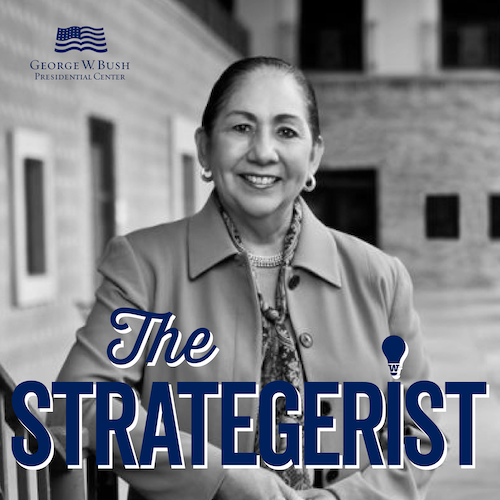 The Strategerist — Dr. Juliet Garcia - The Richness of the Texas-Mexico Border Dr. Juliet Garcia is a product of the Texas-Mexico border. She was born in Brownsville, Texas, to parents who diligently saved $10 at a time to make sure she got a college education. Not only did she get that education, she eventually became the first Mexican-American female to head a U.S. college or university. Listen and subscribe 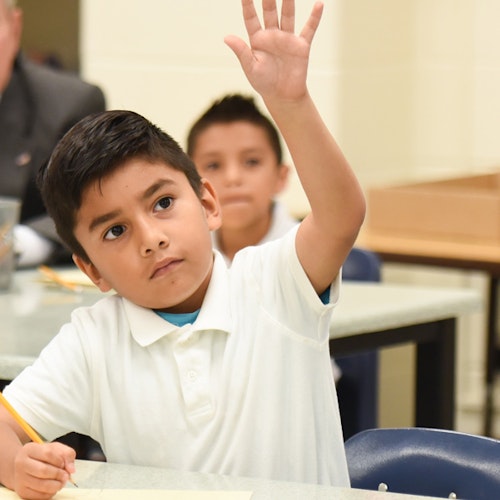 For Children, the Immigrant Experience Begins in School For immigrants, assimilation into American culture does not happen purely through osmosis. Schools play a key role in this process — much deeper than just teaching English. Read more in The Catalyst