Authoring My Future Self

Vince Ruiz was suffering from post-traumatic stress and in 2012 overdosed from heroin. Modern medicine saved his life, but writing taught him to love himself again.

When I was in the Army, my most memorable years were the deployments in support of the Global War on Terror. My fourth and final deployment would be in 2010. Reflecting on my experiences following that deployment, I am astonished I survived.

My greatest enemy was not the patrols, firefights, and explosions; the true enemy came when my world filled with anger, guilt, isolation, avoidance, and hyper-vigilance. I would oscillate violently between depression and anxiety. My arrogance would not allow me to ask for help. I started drinking for relief.

The heavy drinking led to heroin—exacerbating my symptoms. When the pain became too much, I would sit with thoughts of death by suicide. On Nov. 12, 2012, I overdosed from a silent shot of heroin. I was saved only by the power of modern medicine and technology.

On Nov. 13, 2012, my life began a fundamental change or transformation. I spent the following 93 days in an inpatient facility receiving treatment for post-traumatic stress (PTS) and substance abuse disorder. After completing the inpatient program, I went to Fort Belvoir Community Hospital for outpatient care.

I was assigned to the Co-Occurring Partial Hospitalization unit. It was there I learned to live again free of substances and to manage my symptoms of PTS without medication.

My favorite treatment groups were those that supported creative expression. Not because I liken myself to Picasso or Hemingway, but because it was a safe release. I could be genuine and authentic without fear of other’s expectations. It was in those spaces that I could love myself again free of judgement.

Nearly six years later, I now help other veterans transition from military to civilian life. In 2018, I applied for the George W. Bush Institute Stand-To Veteran Leadership program, programming that hones leadership skills, enhances networks, and advances individual projects to better serve our Nation’s veterans. During a session in Seattle, I experienced one of the most memorable moments of my life.

It was there that my fellow Stand-To Veteran Leader Scholar, Seema Reza, facilitated a ‘future self’ exercise involving journaling. I enjoyed the exercise because journaling had been a consistent practice since the date of my overdose. It is in the practice of self-authoring—exploring your past, present, and future— that I learned to let go of fears, anxieties, and inadequacies.

When I spoke with Reza during the first module of the leadership program, I intuitively felt as though I knew her but could not recollect how. However, we connected, and I shared how writing has guided and empowered me to be a better human. She shared how her writing of poetry and publishing books empowered her to pursue her truth.

During the final module of the program, we joined President and Mrs. Bush for a discussion. Reza boldly shared her work with the group and something happened that could not have been scripted. During her story, Reza shared a little about her work at Fort Belvoir facilitating writing therapy for wounded warriors. It was in that moment I was finally able to place where and how I had previously known her.

Reza was a light for me during my darkest days at Fort Belvoir. She facilitated the writing groups that I participated in as a patient in 2013. And she was part of the team that helped save my life.

I didn’t share this with Reza and our peers until 24 hours after she initially discussed her work at Fort Belvoir. And when I did share our connection, I let her know how she changed my life.

In 2013, she gave me the gift of a lifetime when she showed me how to self-author at the time that I needed it most. With time, we grew apart in our individual journeys, but six years later we were brought back together. 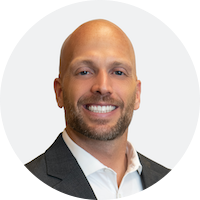 Authoring My Future Self

Updates from the 2019 PLS Annual Meeting Sarah Gibbons on November 1, 2019

Q&A with Secretary Robert McDonald by Robert A. McDonald

Robert McDonald, the 8th Secretary of the Department of Veterans Affairs and retired Chairman, President, and CEO of Procter & Gamble, recently joined the Stand-To Veteran Leadership Program Scholars at the Bush Center for a conversation on leadership, his many career transitions, and the importance of serving our Nation's veterans. Read a continuation of the discussion below.

Leaders from across the country recently met at the Bush Center to begin a life-changing experience that will increase their impact in serving our Nation's veterans. Michael Bailey, Senior Program Manager of Leadership Programs at the Bush Institute, gives an overview of the 2022 Stand-To Veteran Leadership Program's Module One.