Because we know that the health and wellbeing of post-9/11 veterans is often complex, the Bush Institute has asked veterans to explain in their own words what it’s like to experience the invisible wounds of war.

We start today with Spencer Milo, a member of Team 43 Sports, who has participated in the Warrior 100K. He spoke recently with the Bush Institute about how he came to understand the impact of the invisible wounds of war.

Growing up in Seattle and Sacramento, I always knew I wanted to serve in the U.S. Military.  Both of my grandfathers served during World War II.  The tragic events on 9/11 only solidified my desire and my perceived obligation to join.  After I graduated high school in 2006, I joined the United States Army as an Airborne Infantrymen and was stationed at Fort Bragg from 2006 – 2013.  I served a tour in Iraq and in Afghanistan.  I was injured during both tours and then medically retired from the Army in June of 2013 as a Staff Sergeant.

Before I joined the military, I had never heard of the concept of an invisible injury, the different types, or the varying levels of severity.  Soon after joining, I learned all about them as well as the negative stereotypes that are associated with them.  I often heard phrases like “drink water and face out,” or “suck it up, you don’t want to be a profile Ranger do you?” -- a reference to soldiers who experience TBI and/or PTS.

I embraced the negative stereotypes until I experienced invisible wounds myself.  After I was injured and diagnosed with PTS and multiple TBIs, I felt foolish for thinking the way I did.  Now, I advocate for early intervention and detection protocols because I know that invisible wounds can be just more deadly than visible wounds.

My recovery was a two part system which involved both medical rehabilitation and personal rehabilitation.  Medically, I went through any and every prescription they could throw at me.  So many pills in fact, that my wife described me as, “being medicated into a zombie-like presence.  I didn’t even know who you were most of the time.”

Eventually, I went to the NICoE (National Intrepid Center of Excellence) at Walter Reed Bethesda, a premiere military treatment facility for TBI and PTS.  Looking back, I realize that is where my true healing process began.

Prior to NICoE, the lack of effective communication between my wife and me (mostly my fault) was causing major issues.  The NICoE was different because they merged the medical and personal rehabilitation processes.  On top of all of the medical tests and procedures, my wife was invited to participate to ensure we were on the same page and so she could help me.

There are three major contributing factors to my rehabilitation:

The thing I always try to tell other veterans that are struggling with the transition is to swallow your pride and get off the couch.  Be proud of your service and thankful you’re alive.  Ask for help when you need it and don’t be afraid to admit that you may need help.  We are all in this fight together even after our service has come to an end.  You can best serve your brothers and sisters in arms by setting an example of what a strong and successful transition looks like. 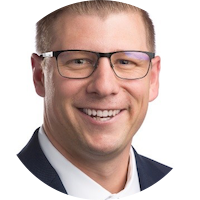