Mentoring in the Women's Initiative Fellowship: A Key to Success

As part of the yearlong Women’s Initiative Fellowship, each fellow is paired with a prominent American woman in a similar field to serve as her mentor and provide guidance and support. During the U.S. portion of the program, fellows spend time with their mentors to develop personal action plans and establish goals for the year. Program Manager Betsy Martin spoke with two mentors in the program – one past and one current – about their own networks, the importance of having a mentor, and what they are learning from the Tunisian women.

Angela Conway is the Director of the Middle East & North Africa Division, Rule of Law Initiative at the American Bar Association. As an attorney and international development executive, Angela has worked on rule of law and legal development for over 20 years in 27 countries. She served as a 2014 mentor to fellow Nadia.

Judge Judy Chirlin was appointed to the Los Angeles Superior Court in 1985; she retired in 2009. She serves now as Executive Director of the Western Justice Center (WJC), a non-profit organization in Pasadena, California dedicated to building a more civil, peaceful society. She is a current mentor to 2015 fellow Shayma.

What progress did you see over the course of the year with your mentee, Nadia?

Conway:  I had the privilege of watching Nadia, an accomplished corporate lawyer, develop enthusiasm for raising citizens’ awareness of the importance of voting and policy issues through her volunteer work with a Tunisian non-governmental organization.  Although she had been a civic activist, the consciousness-raising and organizing efforts she undertook during her fellowship year sparked her interest in sustained engagement in this field.  She plans to remain active in the NGO’s efforts to support Tunisia’s transition.

In addition, over the course of the fellowship, Nadia forged connections with the other fellows—particularly the lawyers.  As a result, she has strong ties to successful women representing a broad spectrum of professional disciplines, career backgrounds and geographies.  This diverse and powerful network will surely be an enduring legacy.

Do you have a mentor who made a difference in your life?  What was the best guidance he/she gave you?

Conway: I did not have a formal mentor.  I have learned a great deal, however, from opportunities to work with a number of exceptional professionals.  Judy is one of them!

What advice do you have for Judy as she begins her work as a mentor in the program?

Conway: Knowing that Judy loves to travel the world — this will be a great journey!

The fellows are extraordinary.  Each woman, in her own way, is working to build a new nation.   Prepare to be inspired by your mentee and the other fellows.  Many are actual revolutionaries.  Their commitment to a better Tunisia is remarkable; their passion is palpable and their bravery amazing.  As a mentor to one of this very special group of women, you will feel great privilege and responsibility. At some point in the year, you are likely to realize that you are learning as much from your mentee as she is hopefully learning from you.

In my case, this moment came near the start of the program when Nadia, my mentee, told me that she and her friends regularly went to the streets to protest, both during the revolution and in its aftermath.  She described coming home from her job as the general counsel for a major company,  and then going out to the streets to join the demonstrations calling for adherence to the ideals of the revolution.

Here was a highly successful attorney in a business suit spending evenings and weekends protesting to, as she put it, “save her country.”  Her expressions and experiences are living proof that – when it comes to abstractions like freedom and justice – personal choices, professional integrity, and political courage are decisive.  I think about Nadia’s dedication to and passion for a greater cause all the time in my own work.

Why is mentoring critical for women?

Chirlin: Mentoring has been part of the human experience throughout history.  It is a relationship of trust, where the mentor is willing to give advice and help the mentee achieve her goals; the mentee looks to the mentor for guidance and support.  Historically, women have had mentors:  the young bride who looks to her own mother about how to deal with the issues of married life, the young mother who looks to her own mother for advice on caring for her child.  Men have had mentors in family life as well:  boys learning to deal with women or to repair cars or excel in sports with advice from their fathers.

But that’s where the similarity stops.  While most people have a human desire to impart their knowledge to others, they tend to do so to people with whom they relate, people who “look like them.”  What that means in the professional world is that historically men have also been mentors for others in the in the workplace, but they mentor others who “look like them:” other men. Thus it is important for women who have been successful to make an affirmative effort to mentor other women; it’s also important for young women to seek out mentors who can help them navigate professional or public life that is dominated by men.

As a retired judge, what advice do you plan to offer Shayma, a young lawyer just beginning her career?

Chirlin: I will give Shayma the advice I give to all young lawyers:  whatever you choose to do, work hard and do it well.  I will also tell her to maintain respectful, professional relationships with everyone she deals with – including opposing counsel.  That is particularly important for a lawyer who wants to be a judge.  Whether in a system where judges are selected by means of exams and interviews or more political methods, candidates who have reputations for professionalism, honesty and quality of their work have an advantage over other candidates.

I will also reinforce with Shayma the idea that she can achieve her goals of educating children of their civic responsibilities without that interfering with her goal of becoming a judge.  As long as she does a good job in whatever she tries to do, it can only help, not hinder, her stature as a judicial candidate (or later, a candidate for elevation within the judiciary).

Did you have a mentor who made a difference in your life?  What was the best guidance he/she gave you?

Chirlin:  I have had a very significant mentor in my professional life:  The Honorable Dorothy W. Nelson, Senior Judge of the US Court of Appeals for the 9th Circuit.  Judge Nelson was the dean of my law school; I took a class from her, and sought her advice both during and after law school.

Over the years we developed a trusting and supportive relationship.  She gave me advice, made suggestions when I had career choices to make, and perhaps most importantly, served as a role model for me.  The advice I mentioned above that I will give Shayma is very much the advice that Judge Nelson either gave me or modeled for me. 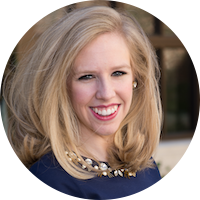 Mentoring in the Women's Initiative Fellowship: A Key to Success