In April 2014, Pfizer, Inc., a Fortune 500 U.S. pharmaceutical company, announced its intention to acquire AstraZenaca PLC, a large U.K. based pharmaceutical company.  The combined company would be a U.K. domiciled company for tax purposes.  Although the acquisition has not materialized, the announcement has shaken up the tax world.

A U.S. corporation becoming either a foreign corporation or part of a foreign multinational group, commonly referred to as a “corporate inversion,” has been taking place for over 30 years.  In 1983, McDermott International inverted and became a Panamanian corporation.  In the late 1990s and early 2000s, a number of U.S. corporations, such as Ingersoll-Rand Inc., Tyco International, Nabors Industries Ltd., and Cooper Industries, inverted becoming domiciled in countries such as Bermuda and the Cayman Islands.  In the last couple of years, a new wave of corporate inversions has taken place with a number of U.S. corporations, such as Aon Corp., Eaton Corp., and Rowan Companies, Inc., inverting to foreign countries.  In the new wave of inversions, however, the country of domicile is typically Ireland, Canada, Switzerland, the U.K. and other European countries.

The press has been reporting on a number of corporate inversions, with one of the most recent being Medtronic Inc.’s intended inversion to Ireland.   Medtronic is a U.S.-based multinational and has made a $42.9 billion offer to acquire Covidien PLC, which is domiciled in Ireland.  As part of the acquisition, Medtronic and Covidien would become subsidiaries of an Irish holding company.

While the press has been focusing on the two benefits of a lower corporate tax rate and elimination of the lock-out effect, there is actually a third tax benefit that may be the main tax reason U.S. multinationals are inverting.  After a corporate inversion, a U.S. corporation will become part of a foreign multinational group.  The group may load the U.S. corporation with debt in which interest payments are made on the debt to the foreign multinational parent corporation.  The U.S. corporation deducts the interest payments thereby reducing taxes owed to the U.S. government.  Doing so results in an erosion of the U.S. tax base, which is of great concern to the U.S. government.

To illustrate, the press has reported that Tyco International is in litigation with the U.S. government with respect to interest payments made by a U.S. corporation of the Tyco group to the foreign multinational parent corporation.  Tyco International was a U.S.-based multinational that inverted to Bermuda in 1997.  In 2009, Tyco moved its domicile from Bermuda to Switzerland.  According to Tyco’s 2013 Form 10-K, on June 20, 2013, “Tyco received Notices of Deficiency from the Internal Revenue Service asserting that several of Tyco's former U.S. subsidiaries owe additional taxes of $883.3 million plus penalties of $154 million based on audits of the 1997 through 2000 tax years of Tyco and its subsidiaries as they existed at that time.”

There appears to be a fourth tax benefit resulting from a corporate inversion.  Many U.S. multinationals have large amounts of cash held by their foreign subsidiaries.  If the U.S. multinational brings the cash back to the United States, either as a dividend (or as a loan), the United States imposes a 35 percent tax on the repatriated cash (less any credits for foreign income taxes).  As a result, the cash is said to be trapped offshore.  By inverting, however, the foreign subsidiary of the U.S. multinational can loan the cash to the new foreign parent corporation that was created in the inversion.   The loan does not trigger U.S. tax, and as a result, the trapped cash has been freed. 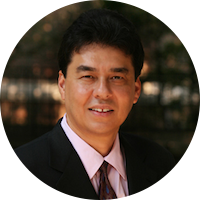