Watch interviews and see the highlights from this year's Warrior Open.

View photos from the Pro-Am and Day One of the tournament on Flickr.

The National Anthem before Round Two of the Warrior Open

President Bush w/ Warriors Jason Searles & Mike Stafford as they prepare to tee off on day 2 of the #warrioropen. pic.twitter.com/EbrqZc97sX

Josh Elliot sits down with President George W. Bush and Captain Matthew Anderson, USA, to talk about the Warrior Open.

.@romo9999 with his second birdie of the day. Live leaderboard at http://t.co/QWBsf3ULbb pic.twitter.com/WN3sm22Qv2

President Bush is cheering on the warriors & answering your questions about the #warrioropen. Use #ask43 to submit. pic.twitter.com/jyXyQM9gil

Round one of the #warrioropen starts today. For scores, photos & video go to http://t.co/QWBsf3ULbb pic.twitter.com/4XAWjpgqDw 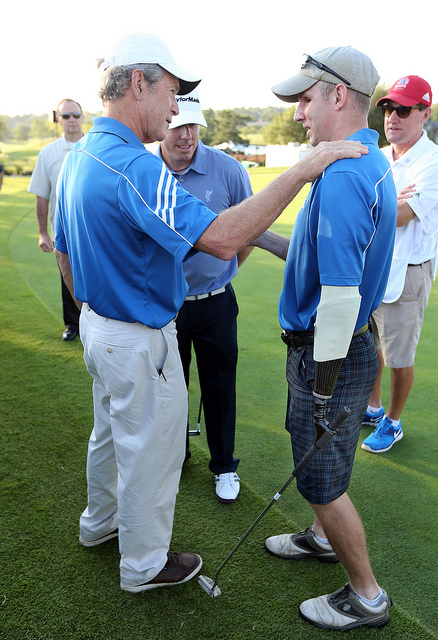 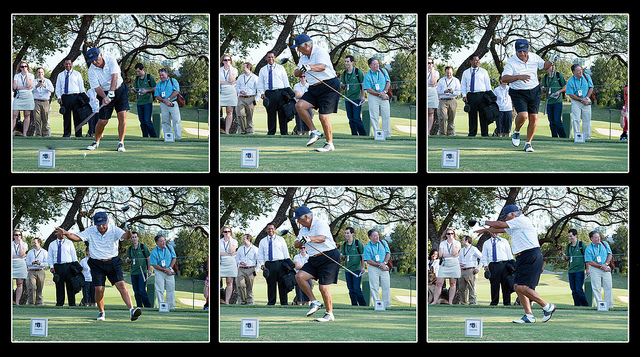 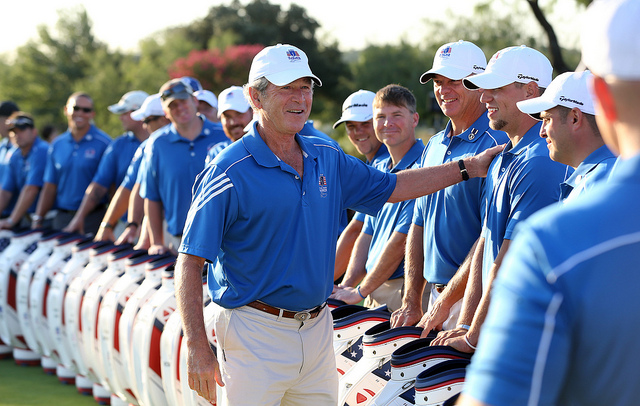 President Bush greets the warriors at the Warrior Open Pro-Am.