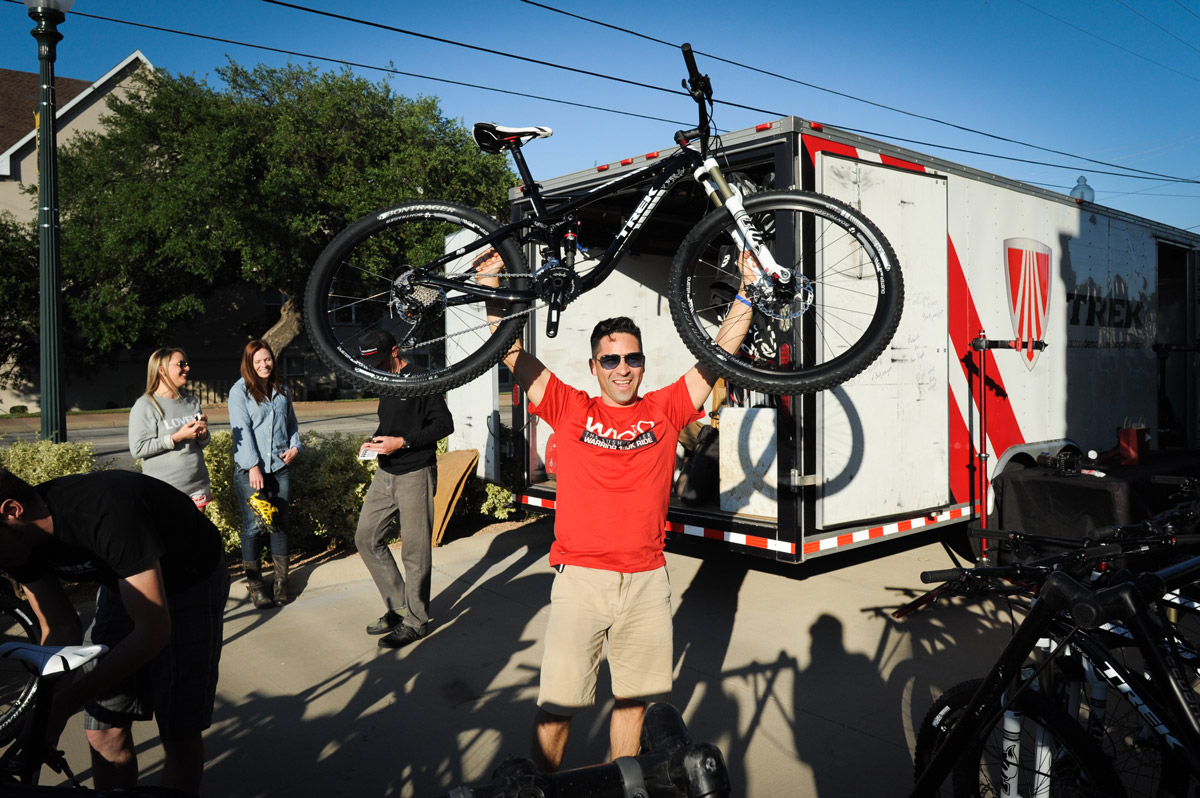 The day before the ride started, all 17 Warriors were surprised with brand new mountain bikes donated by Trek Bicycle. They were Fuel EX 8 models with 27.5" wheels.

Warrior Leslie Zimmerman told Trek, “Thank you for an amazing weekend … The Trek Fuel is an extraordinary bike, and you all are amazing people!! Thank you for the bike, your time, and the support you give to veterans.” 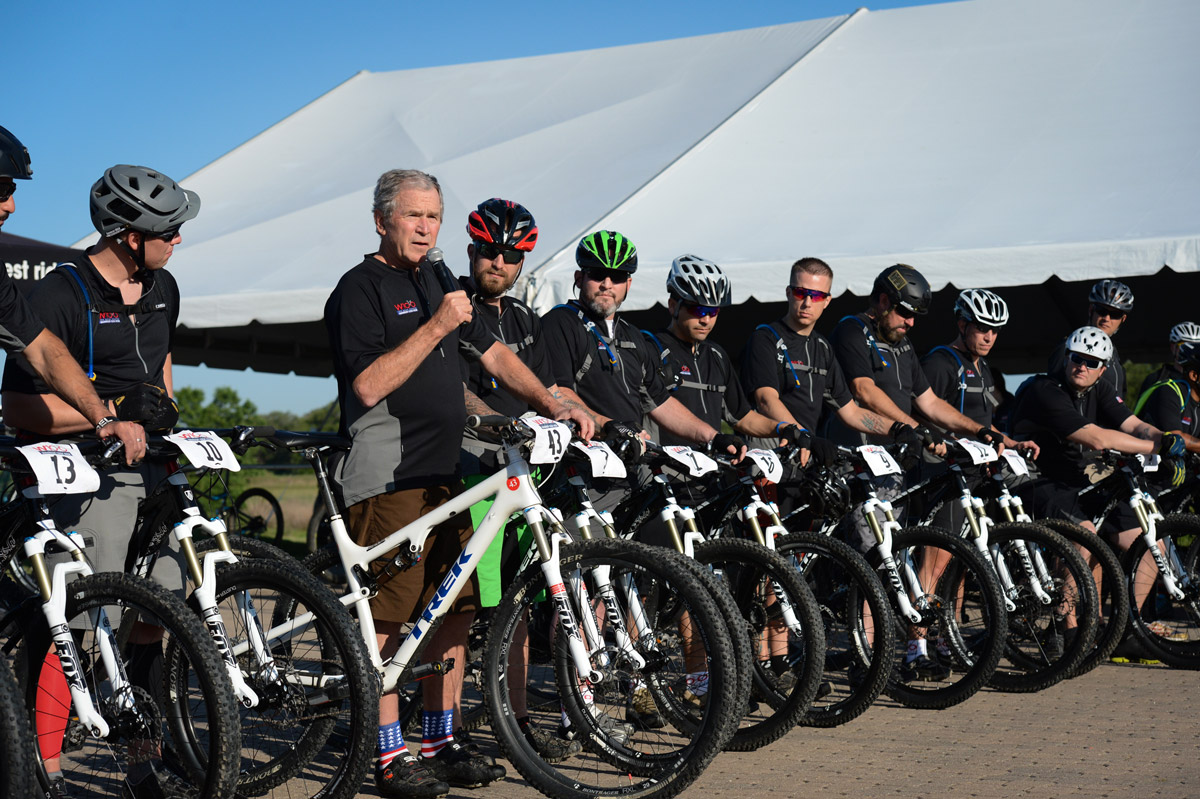 On Day 2, President Bush gave remarks at a press conference before the ride and recognized the service and sacrifice of our men and women in uniform.

“Here on the ranch, we like to honor our vets. We like to remind our country how fortunate we are to have had people who volunteer in the face of danger… We hope that people recognize the need to help our vets, to help their families. These people don’t really want a lot of pity. What they want is a chance to work, a chance to exercise their leadership skills. I’m proud to be their friend, I was proud to be their Commander in Chief, and now I’m proud to be riding mountain bikes with them.” 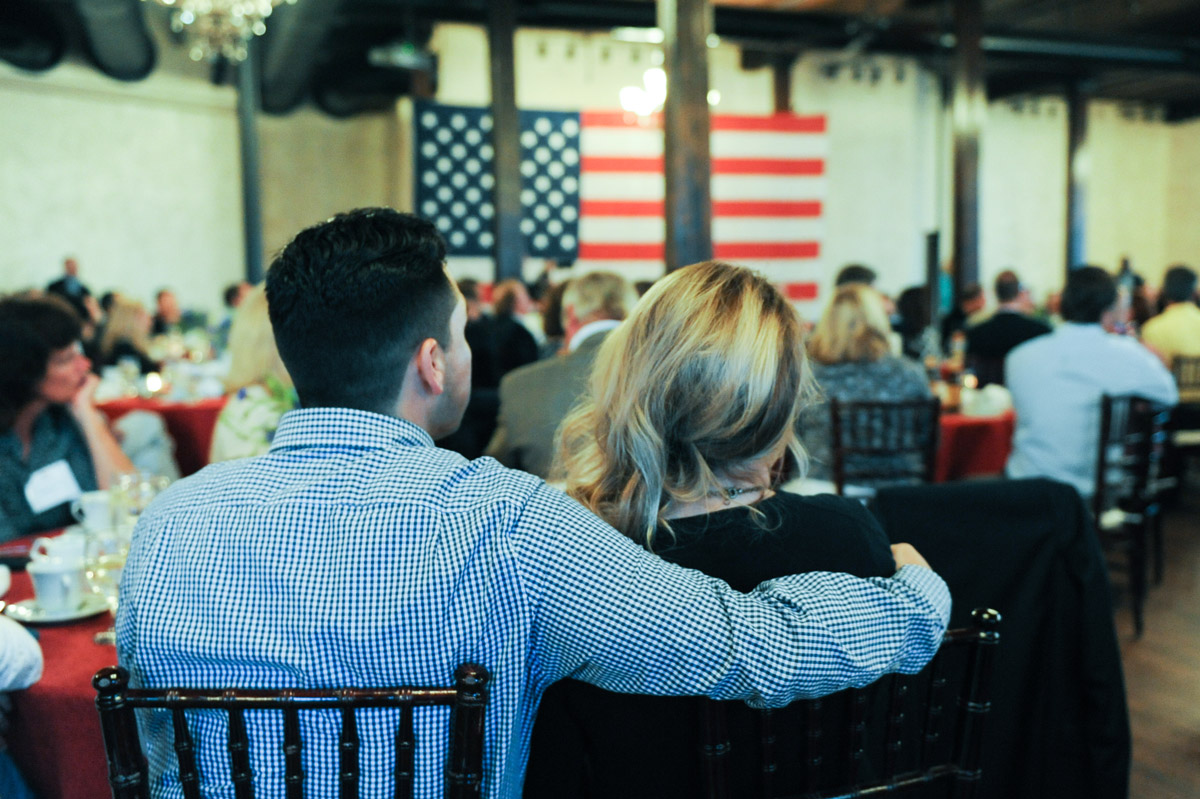 On Thursday evening, President and Mrs. Bush hosted the Warriors, volunteers, friends, and donors for an intimate dinner in Waco. Each Warrior addressed the group to tell his or her story. The stories were brave and heartfelt, and many resulted in standing ovations, a few laughs, and even a few tears. The group was treated to a special surprise performance by Gary P. Nunn, a Texas country legend. By the end of the night, several Warriors and their spouses were two-stepping their way across the dance floor. 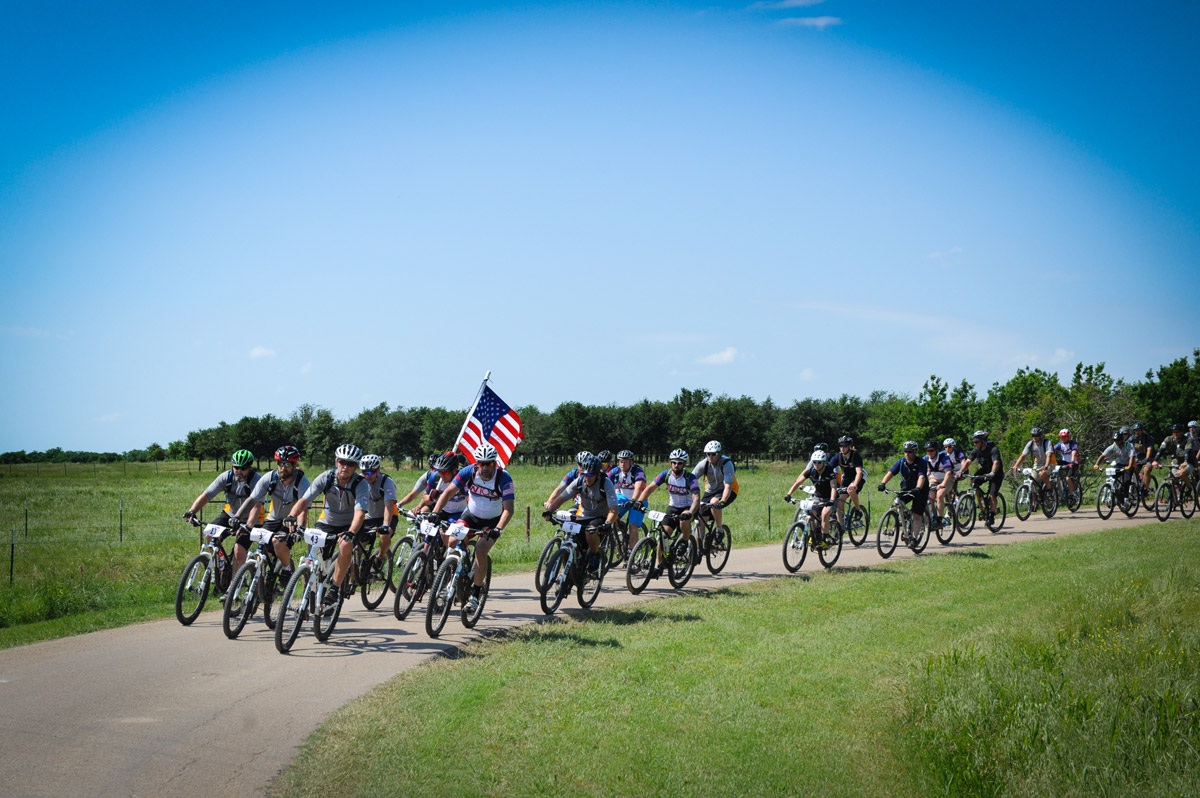 This year’s W100K was the first time Team 43 alumni were invited back to join the ride on the final day. Fifteen Warriors from past W100K rides joined the 2015 Warriors and President Bush for the final 20 miles of the ride. It was the start of a unique tradition to help Warriors to expand their networks and get to know fellow service members. 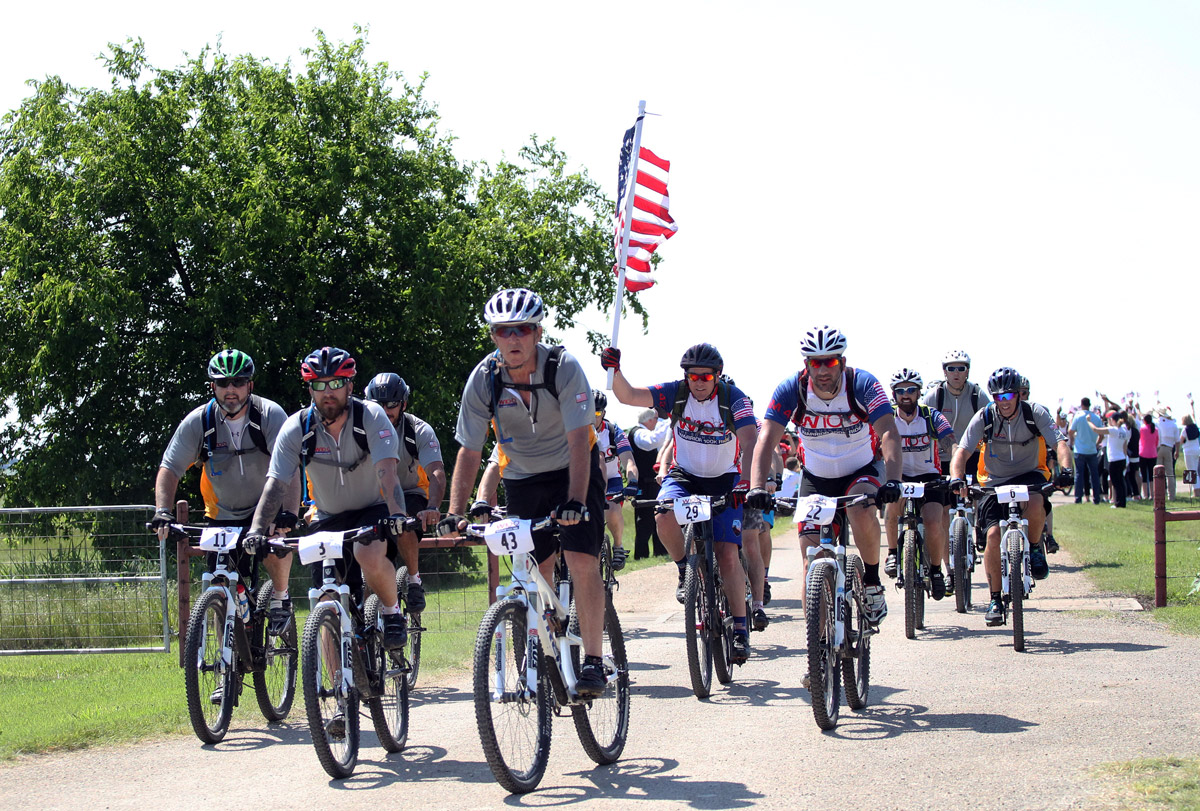 Mrs. Bush joined Warrior spouses, volunteers, staff members, and supporters to cheer on the group and wave flags as they finished the W100K. As President Bush said, “Thank you, Warriors. Now start training for next year.”

A big thank you to all of the 2015 W100K sponsors for their generous support to make the ride possible.