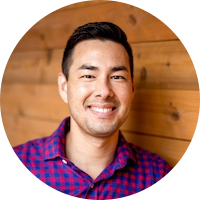 Captain Kevin Rosenblum attended Centre College in Danville, Kentucky where he joined the ROTC program his freshman year. After earning his degree, he was commissioned as an Infantry Officer in the U.S. Army.

Rosenblum deployed to Iraq twice; first to Baghdad from 2005-2006 and then to Kirkuk from 2007-2008. He served as a Rifle Platoon Leader, Company Executive Officer and Battalion Logistics Officer in the 10th Mountain Division. While on patrol during the first month of the deployment, Rosenblum’s platoon was ambushed with mortar and small arms fire in the Amariyah District of western Baghdad. He and eight others were wounded in the attack. Despite his injuries, Rosenblum was able to return to duty and lead his platoon for the remainder of the deployment.

In 2009, Rosenblum separated from the Army and moved to Washington, D.C. The physical injuries he’d received in Iraq had long since healed, but the invisible wounds of war persisted. Rosenblum struggled with the effects of Post-Traumatic Stress (PTS). It wasn’t until he met his wife, Genia, that things turned around for him.

Genia helped him in so many ways including introducing him to trail running and mountain biking. In endurance sport, Rosenblum found the outlet that he desperately needed. He found a way to channel his feelings into something productive rather than destructive. Along with professional counseling, endurance sport has enabled him to return to living a full and healthy life.

Since 2009, Rosenblum has competed in many sporting events including triathlons, marathons, adventure racing, and the Xterra World Championships. He also volunteers his time with an organization called Peace of Adventure, which provides mountain biking experiences for people with disabilities. He pilots tandem mountain bikes for visually impaired cyclists and rides in support of hand cyclists.

Rosenblum works as a federal civil servant in IT for the Department of Defense in Richmond, Virginia.  He also lives in Richmond with his wife and their son, Elliott.  He and Gina still love to go for runs and rides in the woods.