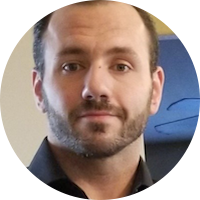 Corporal Joseph Zeppa joined the Marine Corps his junior year of high school. Three days after graduating, he left for boot camp.  From 2002 – 2006, Zeppa served in the infantry. He deployed to Iraq twice with 1st Battalion, 4th Marines stationed in Camp Pendleton, CA.

During his second deployment, Zeppa’s was awarded a NAM with combat V for action in Al Shatrah, Iraq for destroying an enemy sniper’s hide with a thermo barrack round from a MK-153 SMAW. He injured his back during a night patrol and suffers from Post-Traumatic Stress. In 2006, Zeppa was honorably discharged from the Marine Corps.

Following his service, Zeppa moved to Arizona in 2008 to pursue a career in the pharmacy field. He graduated from Arizona College of Allied Health in 2010 and became nationally certified as a pharmacy technician. Zeppa worked at Women’s International Compounding Pharmacy for a year as a lab technician doing aseptic and non-aseptic compounding techniques. Since 2011, Zeppa has been working at CVS as a pharmacy technician.

After earning his bachelor’s degree in health care management, he began working on his pre-requisites for pharmacy school and plans on applying next summer. Zeppa is the first in his family to go to college and earn a degree.

Currently, Zeppa lives in Glendale, AZ and is married to Michelle. He is an active member with Team RWB and the Student Veterans of America.