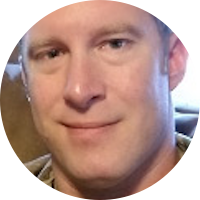 First Lieutenant Jeffrey Hobbs enlisted in the U.S. Army in 2003 as a combat medic. He served with the 3rd Squadron 61st Cavalry Regiment.  Hobbs deployed three times, including to Iraq and Afghanistan.

In 2009, during his deployment in Afghanistan, Hobbs was injured at COP Keating. Their COP was over-run and an RPG hit the building near him, peppering him with shrapnel and giving him a Traumatic Brain Injury (TBI). Hobbs suffered more TBIs from other IED strikes during his missions. As the team medic, the various injuries and deaths are often on Hobbs’ mind.

In 2013, Hobbs was assigned as an Advanced Individual Training (AIT) Instructor for combat medics and in 2015 applied to and was accepted into the Interservice Physician Assistance Program. Currently, Hobbs is the Squadron Physician Assistant for 6th Squadron, 1st Cavalry Regiment, 1st Brigade Combat Team at Ft. Bliss, TX.

To clear his head, Hobbs got into mountain biking in 2014.  His wife, Kristina, is his biking partner. In addition to the engagement ring, he purchased an engagement bike for her when he proposed. Hobbs and Kristina reside in El Paso, TX, and they plan on retiring near mountains.