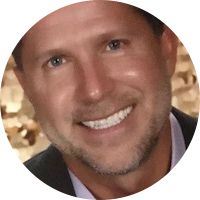 Major Gerard Dempster joined the United States Marine Corps in 1990 as an enlisted Marine. Dempster rose through the ranks and received a meritorious commission to Second Lieutenant. He served as an Infantry Officer for 26 years. As an enlisted Marine, Dempster served in a variety of assignments; however, the most rewarding was as a Drill Instructor. As an officer, his staff assignments were as an Aide de Camp, Operations Officer, Commandant of the Marine Corps National Fellow, and Strategic Planner. He has commanded a rifle and weapons platoon, and rifle and light armored reconnaissance company.

Dempster deployed five times to Somalia, Iraq, and Afghanistan. In October of 2009, while on his last deployment to Afghanistan, he was injured when a 40-pound Improvised Explosive Device (IED) detonated 10 meters in front of his light armored reconnaissance vehicle. Dempster was knocked unconscious and suffered a Traumatic Brain Injury (TBI). Over the course of the next couple of years he was treated for his injuries and participated in therapy that aided in his recovery. In 2016, Dempster retired from the U.S. Marine Corps.

For the next year, Dempster served as a Vice President of Operations. For the next six months he volunteered with Big Brothers and Big Sisters, the United Services Organization (USO), Team Rubicon, and The Mission Continues. Dempster now serves as the Chief of Staff with Wounded Warriors in Action, a national non-profit serving combat wounded Purple Heart recipients.

For recreation he enjoys being outdoors, traveling, working out, biking, golfing, and is beginning to learn the guitar. Physical activity was always a part of his lifestyle as a Marine and currently serves as therapy to treat his invisible wounds.

Dempster resides in Tampa, Florida and has a 22-year-old daughter who lives in North Carolina.