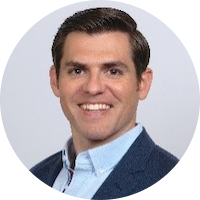 Captain Brad Boone, USA, Ret. graduated from the United States Military Academy and was commissioned as an Infantry officer in 2009.  He was assigned to the 4th Brigade Combat Team of the 10th Mountain Division and deployed to Afghanistan in October 2010 for one year.

Boone and several of his platoon were injured during combat operations in Chaki Wardak, Afghanistan when their unit was attacked with small arms and machine gun fire.  He fought to remain in-country and completed his deployment as a member of the battalion staff.

With the help of family and friends, Boone successfully rehabilitated from his physical wounds.  In 2015, he earned his Green Beret.  As a Special Forces Officer, Boone deployed to Turkey, Jordan, and Syria as an SFOD-A Commander with 5th Special Forces Group.  Due to the physical toll of his injuries, Boone was medically Ret. from the military in 2018.

Boone credits two former members of his unit, Kyle White and Oliver Salazar, both of whom were injured in the same attack, with his desire to remain in the military as long as he did and teaching him to live life with a positive outlook.  He also credits golf with teaching him patience and perseverance.

Currently, Boone is an MBA Candidate at Columbia Business School (Class of 2020) and plans to work in start-up technologies with military applicability after graduation.