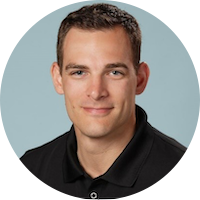 Captain Anthony K. Odierno, USA, Ret. graduated from the United States Military Academy at West Point in 2001.  He earned a Bachelor of Science Degree in Civil Engineering and was commissioned as an Infantry Officer in the U.S. Army.

In March 2004, Odierno deployed in support of Operation Iraqi Freedom.  In August of that year, Odierno was wounded by a rocket-propelled grenade, resulting in the amputation of his left arm above the elbow and other shrapnel injuries.

Odierno received the Bronze Star Medal for Valor and Purple Heart for his actions.  Following his recovery at Walter Reed Army Medical Center, Odierno was promoted to Captain, and served as Aide-de-Camp to the Chairman of the Joint Chiefs of Staff.  He held that position until his retirement from the Army in January 2007.  After retirement, Odierno attended NYU’s Stern School of Business, where he earned a Master of Business Administration with a specialization in finance and accounting.

Currently, Odierno is Head of Chase Real Estate Operations at JPMorgan Chase.  In this role, he manages the day to day operations for Chase’s 5000 plus Consumer Bank branch network, overseeing all aspects of property and program management.  He also held several other positions at JPMorgan Chase including as the Executive Director of Global Property Management and Vice President of Military and Veterans Affairs.  Before joining JPMorgan Chase, Odierno was Manager of Stadium Operations for the New York Yankees.  He also served as Board Chair for the Wounded Warrior Project and was a member of the New York City Veterans Advisory Board.