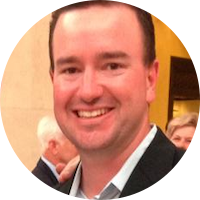 During the invasion of Iraq, Meyer’s company engaged in a firefight in Al Azizziah, which killed two Marines and wounded two others.  He was shot eight times after a machine gun nest ambushed his squad.  He was eventually pulled to safety and subsequently medically evacuated out of Iraq and transferred to Bethesda, MD.

During Meyer's rehabilitation at Camp Pendleton he went back to a game he played during his youth and found a sense of relief and calm through golf.  Not only was golf a very resourceful physical tool to recovery, but it was also very uplifting and motivational to be able to get outdoors and achieve goals.

After being medically retired in September of 2004, Meyer graduated from Texas A&M University with a Bachelor of Science degree in University Studies and two minors in Sports Management and History.

Meyer, his wife Sharon, and their two kids Olivia and Joshua live in Irving, TX.  He and his father own and operate three pawnshops in Dallas/Fort Worth – conveniently called Purple Heart Pawn & Gun.