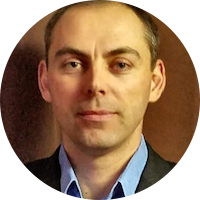 Sergeant Michael Jaborek Jr. joined the U.S. Army as a 19D Cavalry Scout in 2003 in part because of the events of September 11th, and also because college was not for him at the time.  Frustrated with his first assignment to a training unit, he re-enlisted and was assigned to join 3rd Infantry Division at Ft. Benning, GA and joined a unit that was heading to Iraq that year.

Jaborek deployed to Iraq from January 2005 to December 2005 in support of Operation Iraqi Freedom III.  He spent the first six months of his deployment in the Diyala Province.  In the summer of 2005 his unit was under the command of 1st & 2nd Marine Division in Ramadi, Iraq. On December 5, 2005, Jaborek was on a mounted patrol as the gunner in a M2A2 Bradley on their way to the Ramadi Iraqi Government Center.

Jaborek was seriously wounded in that mission when their vehicle was struck by an anti-tank mine IED.  The vehicle ignited in flames immediately.  Jaborek and his fellow soldier, SFC Campbell caught on fire and Jaborek broke his leg during the explosion.  To put out the flames they dove into a puddle of sewage on the street.  He and his crew were medevac’d to Germany then to Ft. Sam Houston in the U.S.

With two screws in his right ankle and after six months recovering in Texas, Jaborek rejoined the Scout Platoon and redeploy as part of the “Surge” to retake Baghdad for OIF 5 in 2007.  Four months later, he was forced to leave the Scout Platoon due to previous injuries and work in the Battalion TOC for the remainder of his deployment.  After over five years in the Army and attaining the rank of Sergeant, Jaborek was honorably discharged.  For his injuries, he received the Purple Heart.

Jaborek returned to Illinois and immediately resumed his education at Illinois State University.  He graduated in 2012 with a Bachelor’s Degree in Accounting.  While attending ISU, he started golfing more frequently, which was vital to his reintegration into society.  Golf allowed him to relax and to be outdoors doing something.  He enjoys the process of getting better and the challenges the game presents.  Focusing on improving his game has been a great way to keep his PTS in check.  Jaborek also finds other ways to cope with his PTS in addition to golf, and that is through counselling and volunteering.

In 2012, Jaborek began working for JPMorgan Chase and was hired through the 100,000 Jobs Mission.  He was an active member in the Veterans support group.  In 2013, he left JPMorgan Chase and joined GE Capital and served as the Chicagoland Vets Communication lead.  Jaborek left GE and returned to JPMorgan Chase in 2015.

While at JPMorgan Chase, Jaborek met his wife, Kristina. They got married in July 2014 and have started an amazing family.  In 2015, twin sons, Matthew and Lincoln, were born into world at only 29 weeks, but are doing great and in 2016 they welcomed a baby girl, Morgan.

Jaborek feels extremely honored and excited to have been selected for the 2018 Warrior Open.  He looks forward to meeting President Bush, event supporters, competing in the golf tournament and spending time with fellow Veterans.