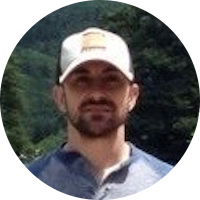 In 2007, Caron deployed to Iraq during the height of the troop surge and served in an Intensive Care Unit, caring for the most critically injured patients.   In addition to treating U.S. troops, Caron treated coalition forces, local civilians, Iraqi police, and enemy prisoners of war.

Upon returning home, Caron realized that seeing the results of intense violence and physical suffering of innocent children while in Iraq had a profound impact on him.  He struggled with daily tasks, experienced severe short-term memory loss, had trouble concentrating, drank excessively, and his marriage was on the brink of divorce.  He didn’t seek help until 2009 and was ultimately diagnosed with post-traumatic stress (PTS). A subsequent MRI also revealed that at some point during his career he also suffered a Traumatic Brain Injury (TBI) as well.

After successfully completing treatment, Josh deployed again in 2011, supporting missions in Iraq, Afghanistan, and the Horn of Africa.  Committed to wellness, Josh has resumed his hobby, mountain biking as a form of therapy.  He cites recreation as instrumental in his recovery and rides as often as he can today.

After retirement from the Air Force in 2014, Caron earned a Bachelor of Science with honors from the University of Utah in 2016 and a Juris Doctor with honors from Syracuse University College of Law in 2019. Josh currently works as an attorney in Rochester, NY. He and his wife Janet enjoy hiking and traveling,