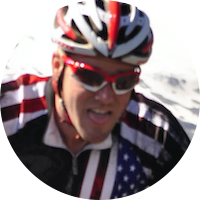 Chief Warrant Officer Three James “Will” Williamson is from Big Spring, TX.  In 1989, after high school, he enlisted in the United States Air Force and for 11 years worked as an Aerial Gunner for Air Force Special Operations Command flying on MH-53J PAVELOW Helicopters.

During his 11 years in the Air Force, Williamson deployed to numerous locations around the world for operations.  In 1999, he did an inter-service transfer to the United States Army after being accepted into the Army’s Warrant Officer Flight Training Program. He qualified as an OH-58D Armed Scout Helicopter Pilot and was then stationed at Fort Bragg, North Carolina from 2001-2006.  During his time at Fort Bragg, he deployed to Bosnia.  When the attacks of 9/11 occurred, he returned to Fort Rucker to attend the Instructor Pilot Course.

In 2003, Williamson deployed to Iraq in support of Operation Iraqi Freedom.  He was involved in a helicopter crash in Iraq, November 2003.  He redeployed to Iraq four months later.  During his second tour, on September 16, 2005, he was shot through his flight helmet while flying near Baqubah, Iraq.  The round entered his face shield and traveled through his helmet, exiting out the back and rendering him unconscious.

After that deployment, Williamson returned to Fort Bragg and subsequently moved to Fort Rucker, Alabama.  He has since retired from the Army, and has made the transition to the civilian workforce. Williamson now serves as the Senior Helicopter Demonstration Pilot for Bell Helicopter where he demonstrates all of Bell’s commercial fleet of helicopters to prospective buyers around the world.  He recently took a Bell 407 to Nepal and conducted high altitude demonstrations up to 20,000 feet and landed at Base Camp Everest and Camp One.

Williamson got involved in cycling as a part of a recovery process and peer-to-peer therapy with Ride 2 Recovery.  He also coordinates mountain bike rides for small groups of military veterans that work for Bell and he volunteers with Team 43 as a support rider and helps with the trail maintenance.  He has participated in many rides including, multi-day and multi-state rides, and completed a 9/11 ride that originated at the World Trade Center through Shanksville, PA and finished at the Pentagon.  In 2017, Williamson raced through the Andes Mountains in Chile and was a finisher of the Leadville 100MTB in August 2012.

Some of the awards he has received include: Distinguished Flying Cross, Purple Heart, four Air Medals one with Valor, three Aerial Achievement Medals, and numerous others.

Williamson has earned an associate degree in applied sciences from the Community College of the Air Force.  While on a four-month break in between Iraq deployments, Williamson married his wife, Jennifer Kurth, who also works for Bell Helicopter.  They have three awesome boys: Maximus, and twins, Jack and Ryan.