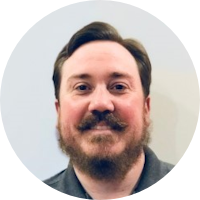 Technical Sergeant David Flowers joined the U.S. Air Force in January 2004.  He served as an Explosive Ordnance Disposal (EOD) Technician.  He deployed in support of both Operation Iraqi Freedom and Operation Enduring Freedom.

During a deployment to Afghanistan, while clearing a large weapons cache, Flowers was severely wounded by an enemy emplaced landmine.  His right leg was traumatically amputated below the knee, his left leg was shattered with massive muscle loss, and his right arm was broken in four places.  After 18 months, more than 30 surgeries, and countless hours of daily physical therapy, Flowers petitioned to be returned to duty as an EOD Instructor at NAVSCOLEOD at Eglin, AFB.  He was cleared by an Air Force Medical Review Board.

Flowers led physical training sessions and provided motivation and inspiration for a new generation of EOD Techs.  With his body wearing down, he reluctantly decided to retire.  After spending a couple of years volunteering at his local country club he decided that he had more to give the Global War on Terror.  Flowers took a job training U.S. Navy Sailors in Counter Improvised Explosive Devices as part of their preparation to deploy overseas.  He plans to train the military as long as his body will allow.