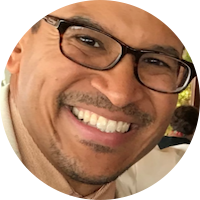 Sergeant Daniel Casara served his country proudly for nearly 15 years.  He deployed in 2005, and on September 23, his M113 rolled over an anti-tank mine.  The explosion flipped his tank, killing two and injuring four.  Casara suffered bilateral fractures to his right tibia and fibula, a shattered left tibia, shattered heel and ankle bones to both feet, and a dislocated right hip.  To date, he has undergone 24 surgeries and countless hours of physical therapy.

Casara is currently continuing rehabilitation at Naval Medical Center San Diego (Balboa Hospital).  Using sports and recreational activities to support his rehabilitation, he has continued to strengthen his legs.  Casara cycles, golfs, plays baseball, softball, and snowboards.  Since the age of two, he has played the drums, and he currently plays in a local band.

Casara joined the Board of Governors at Morgan Run Club and Resort in Rancho Santa Fe, CA and was the Chairman of the 2016 and 2017 Charity Classic (an annual nation-wide charity event hosted by ClubCorp).  He is a 2016 graduate of the Golf Academy of America in San Diego and in the spring of 2018, Casara will transfer to San Diego State University, where he will major in Urban Studies.