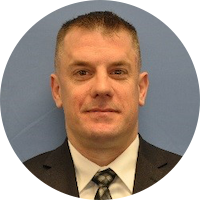 Staff Sergeant Christopher Whittemore graduated from Marine Corps Recruiting Depot in September 1995.  Upon completion, he reported to Kaneohe Bay, Hawaii where he was assigned to 3rd Battalion, 3rd Marines as a Machine Gunner.  Whittemore deployed to a UDP (2) to Okinawa, Japan while with 3/3 and completed missions such as training with Korean Marines and deployed to Cambodia attached to SOTG.

In August 1999, he was honorably discharged and moved to Houston, Texas.  In February 2003, Whittemore completed training as a Texas State Trooper and worked as a State Trooper until August 2004 when he re-enlisted into the Marine Corps.

While on his second tour, Whittemore re-enlisted, completed a lateral move UH-1 Crew Chief, and received orders to HMLA/T 303 at Camp Pendleton, CA.  In January 2008, he was diagnosed with combat related PTS and briefly received treatment.  In April 2010, Whittemore was assigned to HMLA-369 as a UH-1Y Crew Chief and deployed to Afghanistan and completed 400 flight hours and multiple missions including supporting troops on the ground, medevac, and convoy security.

Whittemore retired from the Marine Corps in July 2015.  Prior to retirement, he was able to represent the United States in the inaugural Invictus Games in London competing in wheelchair rugby.  The team won the silver medal.  Since retiring, Whittemore has earned his bachelors of science degree in Criminal Justice and will finish his Masters of Science in Forensic Psychology in May 2018.  He has been working as an intelligence analyst and will be moving jobs to begin working as a special investigator for the Child Protected Services.