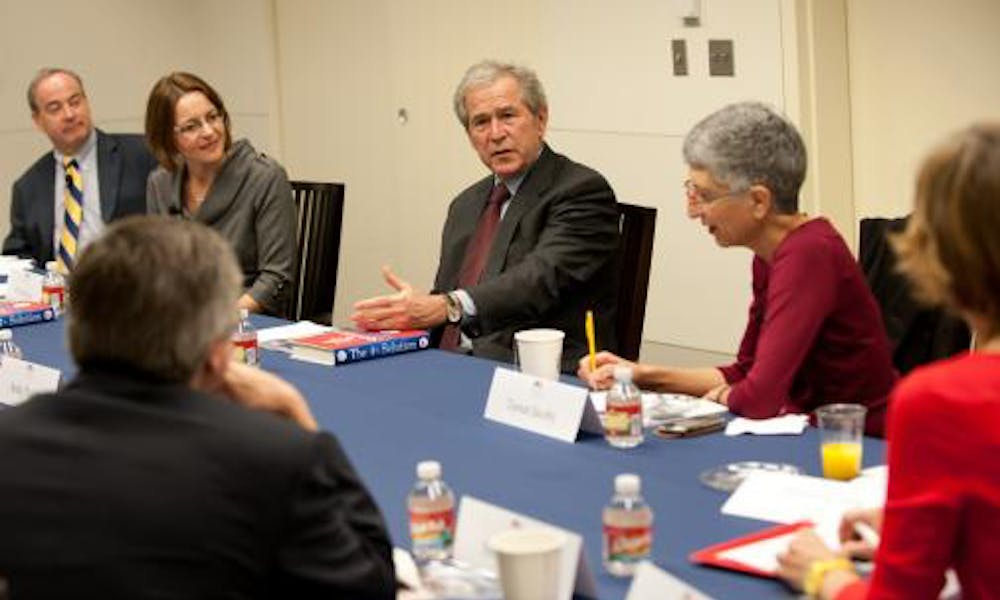 Immigration and 4% Growth: How Immigrants Grow the U.S. Economy

On December 4, 2012, the George W. Bush Institute joined the Federal Reserve Bank of Dallas to spotlight the positive economic impact of immigration on U.S. economic growth. Two expert panels discussed and debated how immigration benefits the economy, how immigrants contribute to U.S. businesses and how immigration reform is necessary to get the economy to 4% growth.

President George W. Bush opened the conference with introductory remarks.  James K. Glassman, Executive Director of the Bush Institute, delivered a keynote address highlighting stories of successful immigrants who have made a substantial impact in the United States and on Dallas area businesses.

Growth and Immigration: A Handbook of Vital Immigration and Economic Growth Statistics

Immigrants Today: A Plus to America