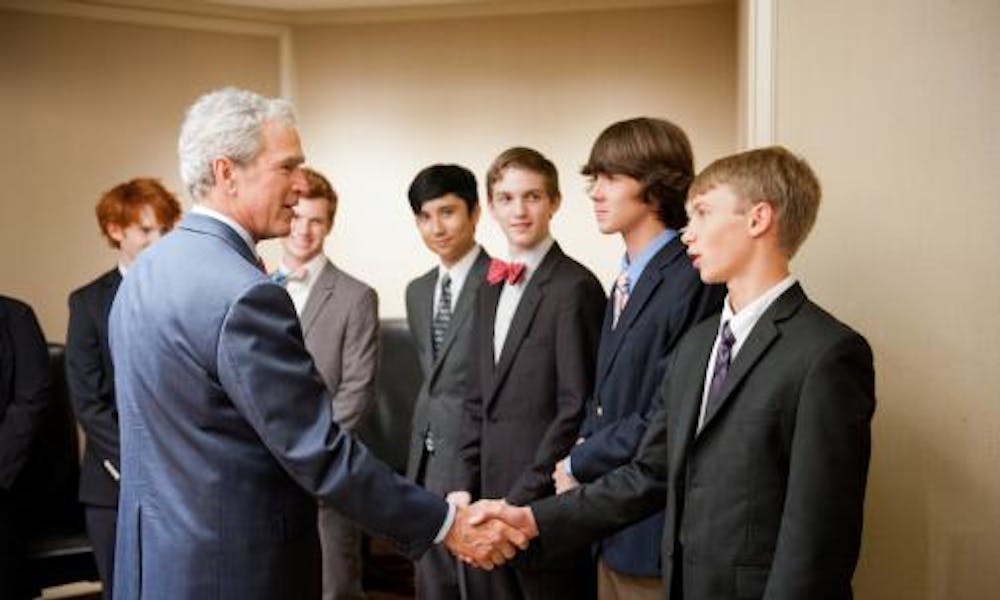 The George W. Bush Institute's 4% Growth Project hosted it's first annual high-school economic debate tournament in Dallas the weekend of October 20-21, 2012. The Bush Institute believes that early exposure to free-market ideas provides the background for many decisions made much later in life. Yet many policy leaders, especially those trained in law, social science, diplomacy, and the humanities never receive such exposure: They often move through high school, college, and graduate school past a backdrop of assumptions that obscure the value of free markets.

The Bush Institute also believes that learning in a competitive atmosphere, rather than strictly through lectures or seminars, lends itself to a memorable and engaging experience. People remember “that weekend” they won the tournament more often than “that class” where they heard about a book.

Achieving sustained economic growth of 4% requires America’s next generations to understand how market-based principles unleash the economy’s potential. The Bush Institute Economic Debate program will be an effective way to engage this next generation of entrepreneurs, policy makers, and job producers, and promises  life-changing experiences for high-school students from around the country.