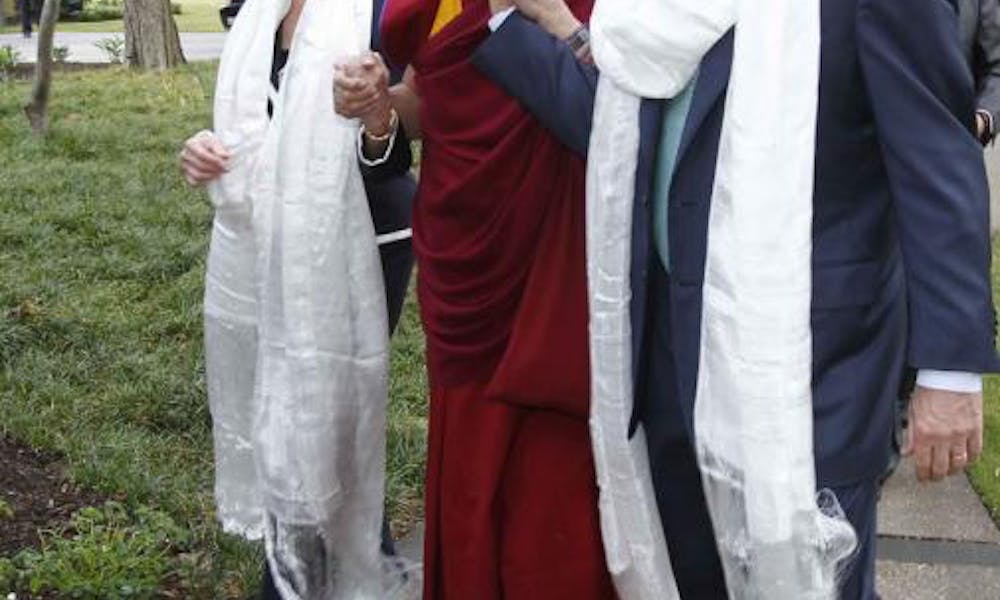 The Bush Institute’s Freedom Collection received a valuable addition yesterday, when His Holiness the Dalai Lama gave President George W. Bush an early draft of the 1963 Tibetan Constitution, which he promulgated a few years after being exiled to India. The Freedom Collection will highlight past and present freedom movements from across the globe, and this remarkable artifact will serve as its “founding document.’

His Holiness, who formally resigned from politics in mid-March, is among the world’s most recognizable and powerful symbols of resistance to tyranny. Speaking Tuesday at Southern Methodist University, where he received an honorary degree, the Tibetan spiritual leader emphasized that the desire for democracy is not unique to the West, but rather is universal across countries and cultures. This is an especially timely observation, given the recent wave of political upheaval in the Middle East and the ongoing pursuit of religious freedom and autonomy by the people of Tibet. Not so long ago, Western skeptics doubted that representative government was compatible with “Asian values.” Today, we see successful democracies across the region, from Japan to Taiwan to South Korea to Indonesia to India. The Indonesian experience also confirms that democracy is compatible with Islam. Indeed, the largest Muslim country probably gets too little credit for its democratic achievements.

The spread of democracy over the past few decades demonstrates that the human aspiration for self-government is constant throughout the world. That’s something important to remember amid the current turmoil in Egypt, Syria, China, and beyond.