No Justice: Gender-based Violence and Migration in Central America

Gender-based violence affects one in three women worldwide, making it an urgent and important policy challenge. Violence against women and girls is often excluded from conversations on the nexus of Central American migration, regional development, and domestic immigration reform.

Violence against women and girls is often excluded from conversations on the nexus of Central American migration, regional development, and domestic immigration reform. Over the last half-century, topics such as economic empowerment, democracy, transparency, and security have dominated the root-causes conversation.

The aim of these investments is to improve the overall stability and well-being of countries and communities in the region, but their effectiveness is limited by a failure to consider the impacts of gender-based violence on social and systemwide challenges.

Though there has been increasing focus from US and international influencers on the levels of violence in El Salvador, Guatemala, and Honduras (known as the Northern Triangle) and its impact on migration, an adequate response to the gendered differences in the ways violence is perpetrated remains limited and at times nonexistent.

This needs to change, especially since gender-based violence within the Northern Triangle constitutes a daily threat to women and girls—one that has been significantly worsened by corruption, weak institutions, and a culture of impunity toward perpetrators. At individual and community levels, gender-based violence drives women and girls to be displaced internally, migrate to the United States, or a somber third path—death either by femicide or suicide. At national levels, it seriously inhibits security, opportunity, and development.

As circumstances at the southern border of the United States demonstrate, gender-based violence has a direct influence on migration flows across the region and is deeply tangled with cyclical challenges of inequity and poverty. For those who choose to seek assistance or flee their communities, high rates of revictimization and bias further obstruct access to justice and safety.

Until policies and programs respond to the serious violations of agency and human rights perpetuated against women and girls (and within systems and society at large), instability in and migration from the Northern Triangle only stand to grow.

As the United States and the international community consider a comprehensive plan on Central America and immigration reform, proposed strategies must anchor the status and safety of women and girls at the center of solutions. 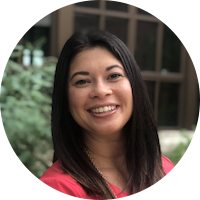 No Justice: Gender-based Violence and Migration in Central America