Lindsay Lloyd, the Bradford M. Freeman Director of the George W. Bush Institute's Human Freedom Initiative, details how the answer to the dangers of populism is ensuring all people can realize the promises of democracy.

This set of Democracy Talks conversations explores the powerful influence of “-isms” on democracy.  Whether it’s President Bush’s trio of nationalism, isolationism, and protectionism or Dr. Condoleezza Rice’s “four horsemen of the apocalypse” adding populism to the mix, we are seeing unprecedented challenges to democracies around the world. They affect old and established democracies like the United States and newer and more fragile systems like Hungary.

In the U.S. case, our systems and institutions have been tested in recent years. In trade policy, the United States has shifted away from longstanding inclinations toward free trade and multilateralism to a policy that prefers bilateralism and a more restrictive outlook on international commerce. While “isolationism” may be too strong a term, the White House has pursued some policies that have reduced American engagement in multilateral structures, such as the World Health Organization and the Trans-Pacific Partnership trade bloc. On the other hand, the United States did negotiate a lightly-refreshed version of NAFTA, our trade agreement with Canada and Mexico.

Nationalism is a recurrent theme throughout American history. American patriotism and a widespread belief in American exceptionalism are strikingly foreign to many other advanced democracies. While the “America First” terminology currently in vogue may harken back to an uglier version in the first half of the 20th century, in many ways it reflects longstanding historical currents in the United States.

What is different about this moment is how populism has jolted American politics. It has also had a marked impact on many of our European allies’ democracies as well.

What is different about this moment is how populism has jolted American politics. It has also had a marked impact on many of our European allies’ democracies as well.

There’s nothing inherently bad about populism, at least in theory. If populism refers to addressing the concerns of the ordinary people, versus those of the elites, then populism ought to be a priority for all elected officials and their parties.

Many Americans have a genuine and growing sense that Washington has become largely disconnected from the problems they face. Automation, globalization, and international trade are broadly supported among political leaders, but they have also led to job losses and dislocation. Immigration is seen by many as out of control and wrongly blamed for many ills in society. Tax laws are viewed as helping the one percent, while most struggle to get by. We face myriad social problems ranging from race to an opioid epidemic to substandard schools to a failing health care system. Few of us perceive any sign of progress.

A genuine populism would logically be working to address these challenges and societal ills. But most Americans would question whether these issues are really a focus in Washington these days.

In some of Europe’s most durable democracies, populists have gained a foothold, but not yet garnered enough strength to govern. The Alternative for Germany, France’s National Rally (formerly National Front), the Netherlands’ Party for Freedom, and others share a similar populist, right-of-center orientation.

These movements have seen considerable electoral success. Yet the more traditional parties have typically sought and succeeded in excluding them from government. Austria’s Freedom Party is a rare exception that has shared power in coalition governments.

In the newer democracies of Central and Eastern Europe, populist parties and movements have found more electoral success. Hungary’s FIDESZ and Poland’s Law and Justice are perhaps the best examples in the region, both having generated significant concern for their departures from democratic norms.

In the Hungarian case, FIDESZ’s roots stem from student opposition to communism in its waning days. Led then as now by charismatic leader Viktor Orban, FIDESZ transitioned from liberalism in the 1990s to Christian Democracy in the 2000s, as Hungary joined the European Union.

Of concern is the party’s continued trajectory away from mainstream conservatism to today’s more populist position. In its current iteration, FIDESZ has been broadly criticized for its policies and practices, and is widely viewed as moving Hungary away from democracy toward a hybrid or authoritarian government.

In particular, it has quashed the independence and power of many of democratic institutions, including the press, local government, universities, and independent judiciary. Orban’s defenders argue that critical judgments are distorted and exaggerated, but in Freedom House’s annual Freedom of the World survey, Hungary dropped from being rated Free to Partly Free in 2019.

Populists are able to fill a vacuum when other parties and leaders fail to address legitimate concerns of the electorate. Part of Orban’s success is due to the failure of other political parties to address broad concerns and problems in Hungarian society. The danger in all of this is that voters will turn to available alternatives if traditional parties and leaders can’t make democracy deliver.

I could continue with that list, but, in short, the answer to the dangers of populism is ensuring all people can realize the promises of democracy.

This Democracy Talks series goes in-depth on these destabilizing forces in the world today. Read more
The Four Horsemen of the Apocalypse: Populism, Nativism, Isolationism, and Protectionism
Democracy Mobilizes the Better Angels of Our Nature
Europe's 21st Century Challenge is Defining "The People"
No Nation is an Island
This is What Democracy Looks Like
Emerging Democracies Combat Isolationism, Nationalism, and Identity Issues
Press Freedom is Democracy’s Canary in the Coal Mine
Opposing Populism and Nativism in Venezuela – At a Cost
Americans Want Fairness, Gratitude, and Genuine Friendships

This is What Democracy Looks Like Nicole Bibbins Sedaca on July 21, 2020 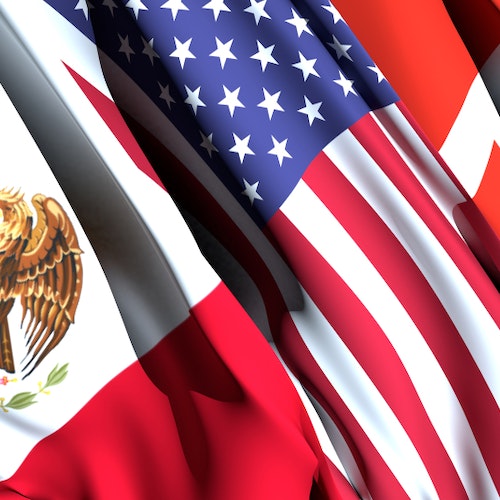