Antonio Garza, Laura Collins, and David Kramer each focus on the challenges facing democracies today, including in our own hemisphere. A lawyer in both Mexico City and San Antonio, Garza served as U.S. ambassador to Mexico from 2002-2009. Collins leads the George W. Bush Institute’s work on immigration issues as director of the Bush Institute-SMU Economic Growth Initiative. Kramer is a senior fellow in human rights at Florida International University’s Steven J. Green School of International and Public Affairs, and previously worked on human rights and democracy issues for the State Department, Freedom House, and the McCain Institute for International Leadership.

Below are edited excerpts from their video conversation:

I hope that what we do going forward can be a model for other countries. They're going to have these continuing conversations as long as we continue to have a global society with people moving about. This is something where we can be a model going forward, even if we haven't been perfect in the past.

Tony Garza on the rise of autocrats:

Great disparities in inequality and wealth lead to this sense of disenfranchisement within countries. When people don't feel like they have a voice in that democracy, in that participatory government, they look to the autocrat, they look to the strongman. It’s easy to step in with nationalism, isolationism, and protectionism as though those were the answer, as though those were an alternative to democracy.

Globalization has been for the most part a very positive phenomenon. But there are also people who were being left behind in the process. We have to take a more inclusive approach. If we do so, we reduce the incentive for people to resort to these “isms” that you've described.

Laura Collins on democracy needing to deliver for its citizens:

As a baseline, government has to get a few things right. If they can't even do that, people aren't going to trust that they're going to be able to rely on anybody to help them, other than the people who really want to harm them in the end.

David Kramer on the need for American leadership:

We still face enormous challenges from authoritarian regimes like China and Russia, a different threat from Iran, and problems in our own hemisphere in Venezuela and Cuba. But the United States needs to continue to play the leading role in this. If we don't, then we fall back into the patterns we've seen in the 1920s, 1930s, and other times that didn't turn out so well for anyone.

A lot of workers feel that other countries are stealing our jobs and that companies are going overseas for manufacturing and other purposes. A lot of people in this country think that immigrants are stealing their jobs, and a lot of people think that technology is stealing their jobs. They feel under threat from a whole range of areas, and I think we just have to address that and help them deal with it and adjust to the changing environment.

When we're doing immigration policy in the U.S., what we're really doing is we're creating new Americans. How do we affirmatively move forward with making sure that people we're bringing in are fully assimilated or integrated, whichever term you prefer? How are we making sure that they're successful, and making sure that everybody at the same time is building towards that collectively? It's not just about what government can do. It’s not just about what about immigrant communities can do. It’s how all of us as communities adapt and help bring them up together.

I like to say nostalgia is not a policy, because what you look back on very fondly as a Latino or a Black person may not have been a time that we want to return to. America is best when it is looking forward. That is what we need to do. We can't fear looking forward, and we have to be willing to call people out that think nostalgia in and of itself is a policy. It's not. Forward-looking and leading is really the direction that we want to constantly be going as a country.

This Democracy Talks series goes in-depth on these destabilizing forces in the world today. Read more
The Four Horsemen of the Apocalypse: Populism, Nativism, Isolationism, and Protectionism
Democracy Mobilizes the Better Angels of Our Nature
Europe's 21st Century Challenge is Defining "The People"
No Nation is an Island
This is What Democracy Looks Like
Making Democracy Deliver for All is the Antidote to the Dangers of Populism
Emerging Democracies Combat Isolationism, Nationalism, and Identity Issues
Press Freedom is Democracy’s Canary in the Coal Mine
Opposing Populism and Nativism in Venezuela – At a Cost
Business Leaders Can Help Curb Nativism, Isolationism, and Protectionism

Democracy Mobilizes the Better Angels of Our Nature on July 21, 2020 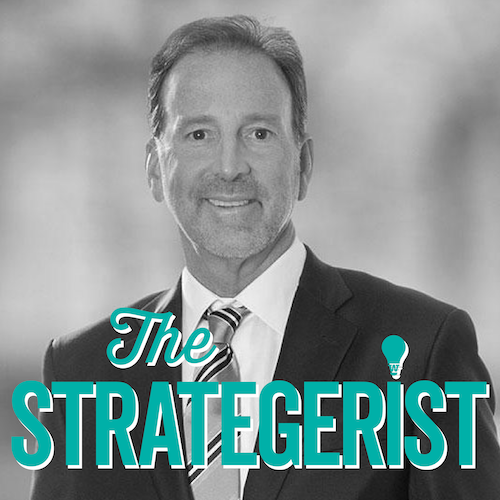 The Strategerist — Episode 07: Ambassador Antonio Garza Former Ambassador to Mexico Garza discusses trade and immigration with our southern neighbor, having grown up along the Texas-Mexico border the grandson of Mexican immigrants. Listen and subscribe 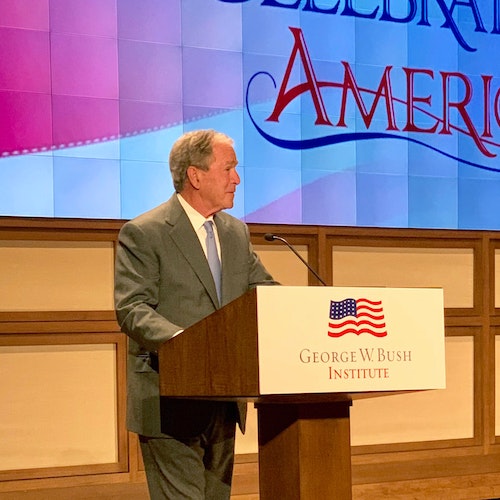