Will Kim Jong-un’s Death Bring the North Korean Regime to an End?

Kim Jong-un’s recent reappearance put the rumor that he was dead to rest. The story, although proven false, begged an important question—would Kim Jong-un’s death bring the North Korean regime to an end? The Bush Institute's Joseph Kim weighs in.

After weeks of speculation, Kim Jong-un’s recent reappearance put the rumor that he was dead to rest. The story, although proven false, begged an important question—would Kim Jong-un’s death bring the North Korean regime to an end?

As much as those of us who cherish freedom would like to see a new regime, the chances that the existing one collapses in the near future are unlikely. If Kim Jong-un were to die, some experts suggest the US and South Korea should consider military action, but military intervention must not be the first choice, even if the US and South Korea’s combined force surpasses North Korea’s military power.

OPLAN 5029, the joint South Korean/United States contingency military plan, is designed to respond any political unrest in the North Korean regime. But considering North Korea’s nuclear capability, it’s questionable whether the plan would be effective. There is no guarantee that OPLAN 5029 wouldn’t escalate into a nuclear war if the two forces are engaged. Unlike conventional warfare, nuclear war is a zero-sum game.

A sudden collapse of the Kim regime is undesirable for both China and South Korea. An unstable North Korea poses a great threat to South Korea and China’s national security.

South Korea would not welcome North Korea’s collapse today. South Korea has the world’s 12th largest economy; North Korea’s economy is one of the poorest in the world. North Korea’s abundance of rich natural resources married with South Korea’s outstanding technology and innovation will eventually make a united Korea a stronger economy in the long term. Nonetheless, the South Korean government and its citizens will act to avoid an immediate unification.

A quick reunification would risk an immediate economic setback for South Korea. As was the case in the German unification, an integration of the two economies will inevitably weaken South Korea economic power. A stable North Korea, therefore, is in the interests of South Korea.

As long as the stability of the regime is ensured, China won’t care who replaces Kim Jong-un. Dr. Victor Cha, a Korea expert, describes the close relationship between North Korea and China as “lips and teeth,” That description explains Beijing’s double-standard policy toward North Korea.

The United Nation’s Security Council could not pass a single multilateral sanction against North Korea if China uses its veto power. China supports international sanctions on North Korea at the UN allegedly to avoid any international condemnation for siding with North Korea. But then they ignore most of the sanctions and continue to trade with North Korea so that Pyongyang can maintain political stability. China's policy toward the North is to avoid political unrest and to keep two Koreas  separated.

Therefore, China, too, will work together with a new leader in North Korea to avoid regime collapse. China’s greatest fear is that North Korean refugees will flood into China if the regime collapses and the border control is loosened.

While the regime is evil, that doesn’t mean Kim is irrational. The North Korean regime has done many evil deeds to its own people, but its leaders are capable of fully seizing political opportunities. If he does die in office, any successors from his regime will be shrewd enough themselves to keep power, including through making deals with South Korea and China.

Meanwhile, if the regime continues to survive, the US and South Korea must continue pressing human rights in any negotiations. This is the moral and humane thing to do given North Korea’s political concentration camps, execution of its citizens, and forced labor. And the North Korean regime should realize that they can’t achieve economic prosperity unless they improve human rights conditions at home.

North Korea won’t be able to attract the foreign investment they need to grow if their human rights record keeps investors away from a country with so many abuses.

Will Kim Jong-un’s Death Bring the North Korean Regime to an End?

Helping Corporate Leaders and Military Families Thrive During the Pandemic Jonathan Horowitch on May 8, 2020

Following an advocacy workshop for North Korean refugees hosted at the Bush Institute, Deputy Director of Freedom and Democracy, Christopher Walsh, explains why we can't dismiss hope as a powerful strategy for freedom in North Korea. 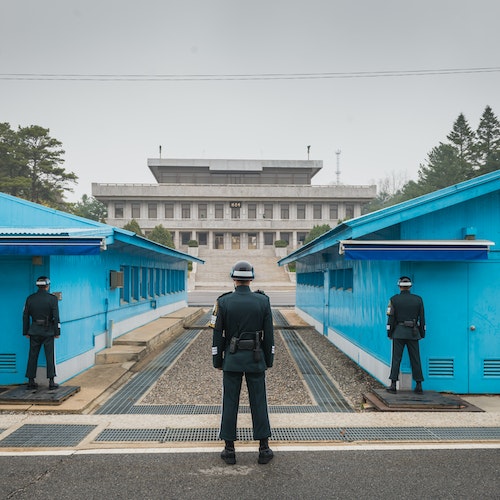