Bush Institute Human Freedom Fellow Nicole Bibbins Sedaca, a Georgetown professor, reports on why grappling with the generational divide over supporting democracy will be essential for the health of American democracy and democratic development globally.

As the COVID-19 virus spread across the world, we all saw the photos of younger Americans on the beaches and bars, while others practiced social distancing. In many cases, the response to COVID-19 has been starkly divergent, based upon age.

This generational divide is naturally not limited to health concerns and social life; it permeates many areas of society. This difference is particularly stark in how Americans of different ages see the very values that have underpinned our nation, namely democracy and the importance of the United States supporting democracy globally. Grappling with this generational divide will be essential for the health of American democracy, and - in fact - democratic development globally.

This generational divide is naturally not limited to health concerns and social life. ... This difference is particularly stark in how Americans of different ages see the very values that have underpinned our nation, namely democracy and the importance of the United States supporting democracy globally.

According to a 2016 study, only some 30 percent of Americans born in the 1980s believe it is “essential to live in a democracy,” compared to 75 percent of Americans born in the 1930s. The study found that in 1995 only 16 percent of 16-to-24 year-old Americans believed democracy was a bad way to run a country. By 2011, that number had increased to 24 percent of 16-to-24 year olds. Strikingly, in 1995 and 2011, respectively, the percentage of 65+ year olds was 5 percent and 13 percent. Young people have long been more skeptical, but that skepticism is increasing.

In my classroom, I regularly encounter this skepticism. When discussing democracy or American leadership in supporting democracy globally – topics that a decade ago were run of the mill – I am now often met with that same skepticism.

What about Iraq and Afghanistan? What about slavery or the treatment of Native Americans? Why does the U.S. promote democracy in one place, and support a dictator right next door?

Tough questions from a generation less willing to support these ideals.

We have a great deal to learn from this skepticism. We can neither dismiss it as youthful ignorance, nor can we embrace it as a timely negation of what we have learned from American history. We have to wrestle with what democracy means, in light of the importance it plays to our security, prosperity and values, and in light of the United States’ mixed track record at home and abroad.

Democracy remains the best system to provide long-term economic growth, stability, and protection of human rights; those are undisputable truths. But we can still wrestle with how a nation founded on visionary principles that have inspired the world denies rights to so many for so long. And we can wrestle with how a nation that boldly challenged the spread of Soviet communist rule, supported dictatorships and human rights-abusing regimes at the same time.

While these questions are important ones to ask, we must draw the right lessons. The right lesson is not to doubt the ideals of democracy, but rather to identify how to ensure a government lives up to these ideals. The lesson is not to doubt the institutions of democracy, but rather to ensure that those institutions function with equality and justice. The right lesson is that the United States can be humbly confident in the deep importance of democracy and the essential role the United States plays in supporting it at home and abroad. The lesson is that human rights – inalienable rights for which younger Americans so passionately fight – are best defended by the values, institutions and processes that exist only in a democracy.

The United States can remain confident in the visionary ideals upon which our country was founded - freedom, equality, and respect for human rights - remain timeless aspirations of all humans. And our nation can be humble about the times that our nation has failed to live into those ideals. One without the other is simply an inaccurate and incomplete characterization of the United States' values and history.

Likewise, an important lesson is that democracy is not a panacea or an end goal. It is not a guarantee that everything will automatically unfold as we would like. In a world plagued with COVID-19, we are reminded daily that democracies will also face tremendous challenges. In a world plagued with refugee flows, human rights abuses, and famine - all calamities produced overwhelmingly in non-democracies - we are reminded that the world faces difficult problems. While it is not a panacea or end goal, democracy remains the most viable system to address the greatest challenges of our time. We see the importance of transparency, accountability, and good governance in these current days. And it requires all of us to act to ensure that democracy does that.

And here we can embrace the best of both the younger and older generations of our nation. The younger generation of Americans are admirable for their grassroots advocacy, campaigns and social mobilization. And our older generation - those that fought for democratic ideals in far-off countries and for civil rights at home - remains a beacon of courageous sacrifice for our greatest ideals. If we can harness those both together, we can work to strengthen American democracy and our leadership role in the world.

We are facing an extremely serious health pandemic, and we are all asked to do our part to fight the fight, while supporting our governments and health professionals in their fight. But we will one day be past this crisis - and we all pray that day will come soon. At that time, we will also be asked to do our part in supporting democracy at home and abroad while our government and democracy professionals fight their good fight.

We will exercise those civic responsibilities at the ballot box, in town halls and our public statements, through civic organizations, and how we hold our leaders accountable. Old and young, and those in between, should be prepared to do their part.

Nonprofit organizations across the globe are lending a helping hand to support evacuation and resettlement efforts for the people of Afghanistan. Here is a partial list of organizations working with Afghanistan refugees. 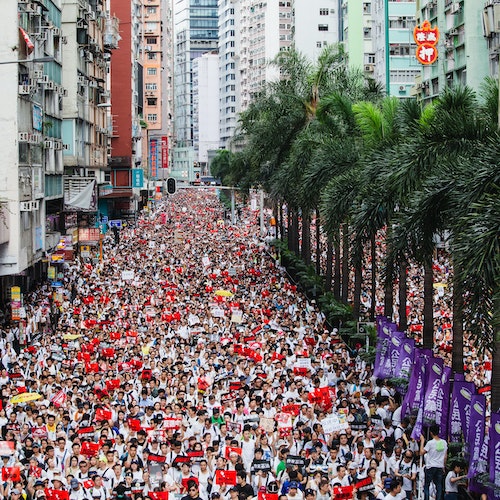