Two-Minute Take: Why Should We Care That Legal Immigration Is Dropping?

Legal immigration to the United States is decreasing. Economic Growth expert Laura Collins shares why this will have a negative impact on the U.S. economy.

Recent numbers suggest an 11 percent decrease in legal immigration to the U.S. in the 2018 fiscal year. In large part, this is due to new restrictive policies put in place by the current Administration, and, of concern, upcoming policies yet to be implemented. What does this mean?

The decreasing numbers will only deepen labor force problems. From 2006 to 2016, immigrants were responsible for nearly half of U.S. labor force growth, a key component of economic growth. The U.S. economy is already short of workers and leans on legal immigration to help fill in the gaps. These policies are estimated to  result in as much as a 30 percent drop in annual legal immigration and a whopping 35 percent to 59 percent lower than average annual labor force growth.

Additionally, much of the reduction has come at the expense of family-based green cards, particularly immediate relatives—spouses, children, and parents of immigrants. Many of those denied entry are well-educated, too, even though they are sponsored by family members and not employers. Since 2010, around 45 percent of immigrants have at least a bachelor’s degree. In 2016, 45 percent of the Fortune 500 businesses were founded by immigrants or their children. Given the overwhelming tilt toward family-based immigration in the U.S., it is a safe bet that many of those entrepreneurs entered the U.S. in the very visa categories these policies are gutting.

These policies harm our country’s economic growth and needlessly keep families from reuniting. They force spouses to live apart. They cause unnecessary stress on people who have followed our laws only to be denied the ability to live with their loved ones.

What does the U.S. gain by these cuts? Nothing.

Two-Minute Take: Why Should We Care That Legal Immigration Is Dropping? 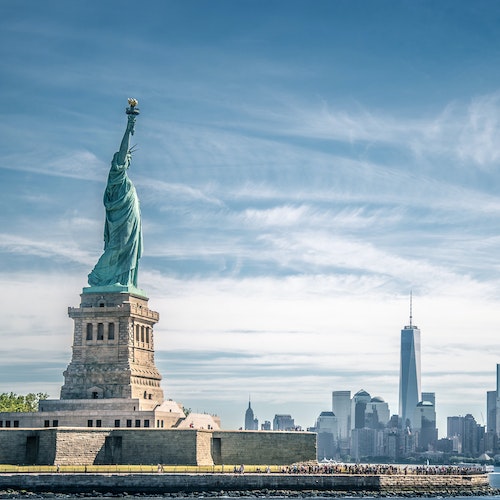 A Nation Built by Immigrants Stories from immigrants, myths & facts on immigration, and our policy recommendations. Learn more