PEPFAR, the George W. Bush Institute, and Merck Partner to End AIDS and Cervical Cancer Among HIV-Positive Women in Africa

More than 100,000 women are diagnosed annually with cervical cancer in sub-Saharan Africa. With Merck's HPV vaccine, women living with HIV will be better protected from HPV-related cervical cancer.

Eight years ago, the George W. Bush Institute launched its global health initiative to save women’s lives from cervical cancer in sub-Saharan Africa.  Why did we choose to work on this specific issue?

After seeing the success of the President’s Emergency Plan for AIDS Relief (PEPFAR) and the millions of lives saved, a new challenge emerged.  Women were living with HIV thanks to anti-retroviral drugs, but were dying of cervical cancer. President George W. Bush called the Bush Institute into action to address this dire issue.

Cervical cancer is highly preventable. In the United States, it is often detected early and is therefore more easily treated. But in many countries around the world, incidence rates are high; in sub-Saharan Africa, cervical cancer is the leading cause of cancer-related death in women, with more than 100,000 women diagnosed annually with the disease.

What makes this even more heart-wrenching is that HIV- positive women are four to five times more likely to get cervical cancer. Women living with HIV have compromised immune systems that leave them susceptible to the human papillomavirus (HPV), which causes most cases of cervical cancer.

This connection between HIV and cervical cancer is what drives our work. When we began our efforts eight years ago, we set about addressing it through education and prevention, screening, treatment, palliative care, and supportive wrap-around services.  After looking at the data of who had been served, we realized that while we were screening significant numbers of women, we weren’t moving the needle as quickly as we would have liked.  We needed a more focused effort.

So last spring, the Bush Institute launched its current initiative by partnering with PEPFAR and UNAIDS to focus resources and effort in eight countries in sub-Saharan Africa where HIV prevalence, and cervical cancer incidence rates are among the highest in the world. The goal we have set out is ambitious: to reduce cervical cancer incidence by 95 percent among the approximately 3.5 million women living with HIV in these eight countries.

Thanks to this partnership, along with the commitment of country governments, screening and treatment for cervical cancer in HIV-positive women and girls has been underway. However, we also need to focus on prevention if we are going to make progress.

For cervical cancer, prevention means introducing and scaling the human papillomavirus (HPV) vaccine. We are thrilled that earlier this week Merck announced they are joining the partnership. Merck will contribute to this effort by providing the HPV vaccine for a research study to determine the appropriate dosage for HIV-positive girls and women in Namibia and Eswatini. The results of this study will help us scale the HPV vaccination in a more impactful, cost-effective way at a national level, ultimately leading to significant reductions in cervical cancer rates.

In addition to the vaccination, screening, and treatment efforts, it’s encouraging to see the attention this issue is receiving from other major health organizations. Last year, under the leadership of Director-General Dr. Tedros Adhanom Ghebreyesus, the World Health Organization announced a call to action toward the global elimination of cervical cancer, outlining that if we don’t act, deaths from cervical cancer will increase almost 50 percent by 2030.  Others are joining the fight as well.

With an approach that brings together global attention, government commitment, and on the ground implementation, we can ensure women and girls around the world live long and healthy lives. 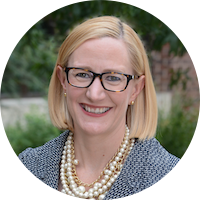 PEPFAR, the George W. Bush Institute, and Merck Partner to End AIDS and Cervical Cancer Among HIV-Positive Women in Africa

Keep Your Kids Engaged This Summer Anne Wicks on June 5, 2019