A Step Forward for Gender Equality in Tunisia

WE Lead Scholar, Olfa Arfaoui, discusses the importance of women’s economic empowerment and what a new equal inheritance law in Tunisia could mean for gender equality.

Upon Tunisia’s independence in 1956, then-President Habib Bourguiba placed women’s rights as a priority for the country’s secularization and modernization. This vision led to decisive measures [see sidebar] toward gender equality and helped the country overcome traditional patterns of discrimination against women and girls. Since then, Tunisia has remained a pioneer for gender equality in the Arab world.

However, while Tunisia has been a leading force, women’s participation in the economy in the Middle East and North Africa (MENA) is still the lowest globally. And the region is facing tremendous challenges maintaining prosperity and stability. This phenomenon stems from the lack of laws and policies promoting gender equality in the private and public spheres.

For example, in Tunisia, women represent 28 percent of the labor force, and only 12 percent of women have access to real estate and property. Women in rural areas represent more than 70 percent of the workforce in agriculture, yet only four percent have access to land. Their work is invisible, and they often go unpaid since their labor is seen as contributing to the family property.

Studies show that women’s full and equal participation contributes to their families’ empowerment and economic growth. As women have access to income, the household purchasing power increases, especially in terms of education and health.

According to a study by the World Bank, limited access to inheritance constitutes a huge barrier to women entrepreneurs since they cannot provide collateral when they apply for loans from banks. This is why Tunisia’s cabinet recently approved a controversial new inheritance law, which is critical to the country and region’s economic growth. The reform would enable Tunisian women to inherit an equal share of family assets—currently men inherit double what their female siblings receive. In late November, President Beji Caid Essebsi passed the draft bill along to parliament for discussion and confirmation.

The law has encountered fierce resistance, especially from Islamists and conservative communities. But it has also has received strong support from many who marched in the streets on International Women’s Day and Tunisia’s Women’s Day. President Essebsi also addressed the leader of Tunisia’s Parliament and encouraged him by saying, “When this law comes to you, you will look at it with an open mind because it is a project for the future, for the future of Tunisia and I hope it will unite [people].”

Should the Tunisian Parliament take the landmark step of approving the reform, Tunisia will become the first Muslim-majority state in the MENA region to equalize inheritance. By removing one of the legal, economic, and social barriers that hold women back in the region, Tunisia would be taking a step forward for gender equality, and greater prosperity for all.

2018: Elimination of All Forms of Racial Discrimination in Tunisia 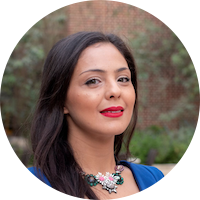 A Step Forward for Gender Equality in Tunisia