The liberal democratic world order is under assault from those who never fully democratized or embraced free markets. To counter this trend, the Bush Institute is launching an effort to reaffirm core American principles of political democracy and free markets.

The liberal international order purposefully constructed after World War II, thanks in very large measure to American leadership, has contributed to securing peace and expanding prosperity in the United States and around the world. But that order, and the peace and prosperity it has fostered, is now under attack.

Accordingly, the George W. Bush Institute is launching an effort to reaffirm core American principles of political democracy and free markets. We seek to enable younger Americans to understand and embrace these precepts in order to galvanize a 21st century consensus that it is in the American interest to lead in their strengthening worldwide.

Beyond the Democratic Circle

The liberal democratic world order is under assault from those who never joined “the West,” never fully democratized or embraced free markets and liberal values. They now seek to weaken and destroy the global web of international law and organizations, defensive military alliances, and multinational trade regimes.

Russia and China, most conspicuously, have drafted on the global system of rules to their benefit. At the same time, they now foster national narratives of grievance. For instance, the billions provided to Russia after the USSR’s collapse to help the country stand on its feet after the destruction wrought by seven decades of communism is now portrayed by the Kremlin as a nefarious scheme to bring the nation to its knees.

Rather than focus on the wellbeing of their peoples, these and other authoritarian regimes pursue self-preservation strategies by curtailing liberties, generating conflicts, and manufacturing “enemies of the people” at home and abroad. They believe prosperity and peace can only be understood in zero-sum terms, exactly the opposite of the paradigm that has guided the West for three generations.

To be sure, breakthroughs in key states like Indonesia, Colombia, and Mexico demonstrate that reforms are still advancing. And every year seems to bring some notable new advances, as we saw recently in The Gambia, Sri Lanka and Tunisia.

But countries like Hungary and Poland have regressed from making strides toward democratic fundamentals and integration into the global economy. And, states like Venezuela and Turkey have strayed far from the democratic course.

More troubling than the stalling and backsliding is the downdraft in democratic resilience in countries that have long been part of the consolidated democratic West. This is different than a failure to advance the democratic frontier; this is democratic deconsolidation.

In Australia, Britain, the Netherlands, New Zealand, and Sweden (as in America), the percentage of people who say it is “essential” to live in a democracy has plummeted - and it is especially low among younger generations. We are now facing what Yascha Mounk and Roberto Stefan Foa call a “crisis of democratic legitimacy.”

Europe especially is in deep crisis – and there is no “democratic West” without Western Europe. Popular support for leaders and parties once considered beyond the pale has doubled and trebled in the last few years.

In the United States, too, confidence is waning in the institutions of democracy and free markets. So is a belief in the importance of U.S. leadership to advance core values and principles globally.

Many Americans sense that during a period of global reordering their country is failing to deliver the promise of “life, liberty, and the pursuit of happiness.” Similarly, policies that advance freedom and free markets abroad have imposed unexpected costs.

The factors that have given rise to these sentiments are complicated. There’s no question the current global economic disruption is altering the landscape of work and jobs in ways that many Americans find difficult to comprehend and to navigate.

In addition, our political system is broken and polarized, due to the ideological sorting of the parties, gerrymandering, and the challenges of policymaking are made even more difficult with the onslaught of opinionated “news” and outright misinformation.

There is a growing sense that liberty is not delivering on the promise of prosperity; that the American system doesn’t work anymore. Many Americans feel it is time to embrace a closed rather than an open society. What also has been lost is the connection between U.S. democracy and American engagement in the world.

American millennials, who had been the most enthusiastic about democratic values, are now the most skeptical. Only about 30 percent place maximal importance on living in a democracy, whereas more than 70 percent of those born before World War II do. Nearly a quarter of American millennials consider democracy to be a “bad” or “very bad” way of running a country. And 19 percent think it would be illegitimate for the military to intervene when a democratic government is incompetent or failing to do its job.

How can the United States be the leading power in the world if we no longer believe in the ideas that energized our growth as a nation and our contributions to making the world more peaceful, prosperous, and free?

The answers to these questions are not easy and cannot be implemented quickly. It may take years to create a powerful new consensus on behalf of democracy, democratic institutions, and American leadership, at home and around the world.

But every journey begins with steps in the right direction, which is why the Bush Institute’s Human Freedom Initiative is launching an effort to reaffirm core American principles of political democracy and free markets. When the United States engages the wider world with confidence, wisdom, and fidelity to our nation’s most enduring principles, then respect for individual human rights, more widely shared economic prosperity, and stable international peace are heightened around the globe. Moreover, this redounds to the advantage of the American people.  This is the nexus of freedom, free markets, and security. 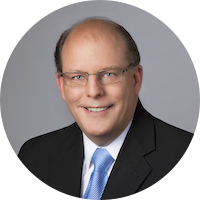 Reaffirming American Leadership: Freedom, Free Markets, and Security on May 31, 2017