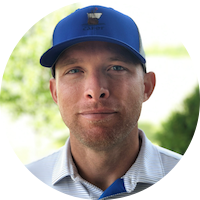 Sergeant Trent Allenby enlisted in the United States Marine Corps in November 2001.  For the entire eight years he was in the Marine Corps, he was stationed at Camp Pendleton.  During his many deployments, his MOS was 1833 Assault Amphibious Vehicle.

While deployed in Iraq in November of 2004 during the invasion of Fallujan, Operation Phantom Fury, his AAV was hit by a daisy chain IED.  As they began the initial assault on the city of Fallujah, he was the lead vehicle for his platoon.  Allenby was hit in his left elbow and suffered a traumatic brain injury (TBI) and was medevac’d out with the other Marines that had been seriously wounded.  He recovered for a week at Camp Fallujah then went back into the city with his platoon.

Allenby was honorably discharged in 2009.

In late August 2012, Allenby had a Grand Mal Seizure, which led to the discovery of a Grade II Diffused Astrocytoma tumor in his right frontal lobe. After the first surgery and due to the location of the tumor, Allenby was left with paralysis and focal seizures in his left hand, arm and side of his face. Although Allenby was not diagnosed for three years after he was discharged, the brain cancer was determined to be 100% service connected.

Golf is Allenby’s main outlet in life when he needs a place to getaway and has become a family activity. The SMGA Boston organization has allowed him great opportunities to play with other veterans and introduced him to Fairways For Freedom, another golf organization.

Currently, Allenby lives in Massachusetts and works for U.S. Fish & Wildlife.  He is married to Lisa and they have one son, Cade. Allenby’s wife is his caregiver, and she has done so much to help manage their home and his brain cancer, in addition to his PTS and TBI.