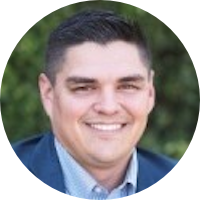 Specialist Zachary Julien enlisted in U.S. Army in 2006 as an Infantryman. Julien completed Airborne, Javelin and Sniper school.  During his career, he deployed twice: to Afghanistan in 2009; and to Iraq in 2010.

Due to combat action and other events while deployed, Julien experiences symptoms of Post-Traumatic Stress (PTS) and the effects of Traumatic Brain Injury (TBI). In 2012, Julien was honorably discharged from active from Army with multiple awards and medals.

After his discharge, Julien has focused on his professional life, and advancing his education.  He earned his associate degree in accounting fundamentals and currently working towards his bachelor’s degree in business.

Julien has been playing golf from a young age.  After his deployments, while stationed at Ft. Hood, he used any spare time to be on the course.  Playing golf and teaching other veterans the game has been a great escape.  Julien is also blessed with a loving and supportive family to help him in his recovery and through life.  Additionally, as a way to heal, he is involved with a couple veteran nonprofits; the Wounded Heroes Fund; and Cooks from the Valley.

Currently, Julien lives in Bakersville, California. He has two children, a daughter, Audriana, and a son Lincoln.  Both love playing golf with their dad any chance they get.