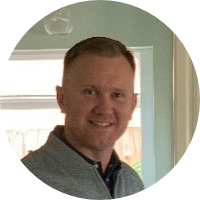 Sergeant William Metcalf is a veteran of the U.S. Marine Corps.  He enlisted in the spring of his junior year of high school and reported for duty July 5, 2002.  During his enlistment, Metcalf deployed to Iraq three times.

While on his second deployment to Ramadi, Metcalf was wounded by a mortar round.  The shrapnel impacted his left side.  The emergency medical staff quickly attended to a severed radial artery.  Metcalf returned to Camp Pendleton and received several surgeries to repair nerve damage.  After a year of rehabilitation, he returned to active duty.  In late 2005, Metcalf returned to Iraq and to the same base where he had been injured 18 months earlier.

In 2006, Metcalf was honorably discharged from the Marine Corps and began his college career.  Metcalf earned his bachelor’s degree in Computer Science from California State University San Marcos in 2013.

For Metcalf, golf helped bring him back to life.  It taught him to fight through adversity.  Golf is a passion he can share with his whole family, including his wife, who has been playing all her life.

Currently, Metcalf is employed as a software engineer for a medical device company.  He is married to Jade.  They have two children, a daughter and a son.