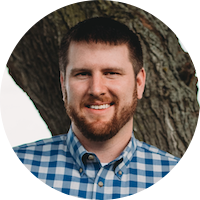 Captain Tyson Quink, U.S. Army, Ret. entered the Army as a commissioned officer in 2009 upon graduation from the United States Military Academy at West Point.  While at West Point, he earned a degree in Geospatial Information Science and he was an offensive lineman for the Army football team.

Quink served as a Fire Direction Officer and Platoon Leader for Alpha Battery, 4-25 FAR, 3 BCT, 10th MTN at Fort Drum, NY.  Quink deployed to Kandahar Province, Afghanistan in 2011 in support of Operation Enduring Freedom.  On June 5, 2011, he was conducting a night patrol when he stepped on an improvised explosive device, resulting in the immediate amputation of both his legs below the knee.

Quink spent the subsequent months recovering at Walter Reed.  Upon completion of his rehabilitation, Quink finished his time on active duty as a football coach at the West Point Prep School.  He was medically Ret. from the Army in 2013.

Since leaving the Army, Quink completed his master’s degree from Penn State in Geographic Information Systems and has worked in both the public and private sectors, primarily focused on geospatial technology.  Currently, Quink works for Esri, a geospatial software company, where he is a team lead for a team focused on integrating geospatial software in the federal government.

Quink is married to Tera, and they have three children. They currently reside in Leesburg, VA.