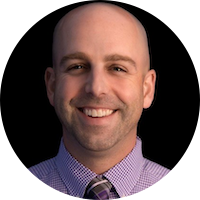 Sergeant First Class Steve Littlefield joined the United States Army as an artilleryman in 2000 while still in high school. He was scheduled to leave for basic training the day after the attacks on America on 9/11/2001. Since then, he has served in many positions at different levels and continues to serve today.

Littlefield deployed to Northern Iraq in 2004-05 with the 42nd Division Artillery of the Massachusetts Army National Guard for OIF III, where he served multiple roles including Battle NCO and Raven UAV Team Chief. After almost daily mortar and rocket attacks for close to a year, Littlefield re-deployed back home, struggling severely with PTSD, anxiety and depression. He had difficulties finding and maintaining employment for some time. After years of battling symptoms alone, Littlefield sought professional help through the Vet Center and Boston VA Medical Center shortly before deploying again in 2010 to Kabul, Afghanistan. During this deployment, Littlefield served with the 101st Field Artillery Regiment, dual-hatted as a Battle Captain for JTF Kabul and M240B gunner for an Afghan Police Mentor Team. During this time, Littlefield suffered a torn shoulder during a combat patrol and continued to experience a resurgence of mental health issues upon redeployment.

During the COVID-19 outbreak, Littlefield was activated again as the Future Operations NCO for Joint Task Force Medical, where he was directly responsible for the planning and coordination of over 45,000 COVID-19 tests throughout Massachusetts’ nursing homes and assisted living facilities.

Littlefield’s awards include the Bronze Star Medal, Meritorious Service Medal, Army Commendation Medal (2), Army Achievement Medal (3), Air Force Achievement Medal, the Honorable Order of Saint Barbara and others. He continues to serve today as the Fire Marshal and Enlisted Commander for the Massachusetts Army National Guard Firefighting Detachments. He is still working on his mental well-being through private treatment, the VA Medical Center and also with the help of the game of golf. He is a strong proponent of helping other Veterans do the same and aims to assist in reducing the stigma of seeking help.