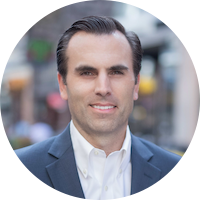 Corporal Josh Morgan enlisted in the U.S. Marine Corps in 2003, shortly after graduating from Ohio University with a B.A. in Economics.  Following recruit training, Morgan attended the School of Infantry (SOI) and became a school-trained mortarman.

In 2004, Morgan was assigned to Weapons Company 3rd Battalion 25th Marines, based in Akron, Ohio.  In January of 2005 the unit was activated for deployment in support of Operation Iraqi Freedom III for service in the Anbar Province of Iraq.

On April 13th, 2005, Morgan was wounded by a roadside bomb with a shrapnel wound to the neck.  He was medevac’d and spent several days in a hospital recovering from the blast.  He returned to full duty a week later and continued to serve with his platoon during select combat operations like Operation New Market and Operation Quick Strike.

Morgan’s battalion saw severe casualties and endured high operational tempo during their 2005 deployment.  In total, 48 Marines and Sailors were killed in action with over 200 others wounded in action. Morgan was honorably discharged from the Marines in 2007.

In 2008, he began to seek help through the VA for symptoms of Post-Traumatic Stress (PTS) and hearing loss. Morgan has been playing golf his whole life competitively and as a junior golfer so naturally, in addition to his clinical treatment, he uses golf as a form of therapy and refuge.

Currently, Morgan is working in the private sector as a Vice President of Organic Growth with Keystone Agency Partners.  He resides in Hudson, Ohio with his wife Kara and their two children, Elyse and Colette.