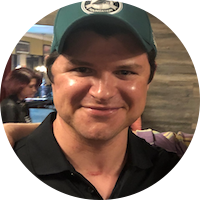 Sergeant First Class Jose Miguel Morales III enlisted in the U.S. Army in 2007 as a Special Forces Candidate.  He spent his entire career with 7th Special Forces Group Airborne, serving as an Army Special Forces Weapons Sergeant and then as an Intelligence and Operations Sergeant.

During his career, Morales deployed eight times.  His deployments included four deployments to Afghanistan and four to Central and South America for Counter Narco-Terrorism missions.  Morales was injured in combat in June 2017, when a Rocket Propelled Grenade (RPG) exploded one foot’s distance from his head.  Thirty percent of Morales’ skull shattered with severe penetrating Traumatic Brain Injury (TBI) and a gunshot wound to the leg.  He was in a medicated coma for three weeks, suffered paralysis to his left side with over 100 pieces of shrapnel in his head and face, chest, back, and neck.

During his 11-year career, Morales earned numerous awards and attended many different Special Forces and military schools.  In May 2019, he was medically retired from the Army.

Morales uses the game of golf to help with cognitive rehabilitation and memory related issues.  He enjoys traveling for veteran golf tournaments and playing with other warriors.  Morales was featured on the Golf Channel in which he highlighted a veteran nonprofit, The Veterans Alternative Organization.

Currently, Morales lives in San Antonio, Texas, with his wife Jennifer.  He works as an instructor with The Shooting Institute, a training company that focuses on teaching shooting and tactics to law enforcement and military units.  Morales is in the process of becoming a law enforcement officer.  He is active in fundraisers for military organizations, including the Green Beret Foundation, Special Operations Warrior Foundation, Veterans Alternative, Special Forces Association, and Veterans of Foreign Wars.