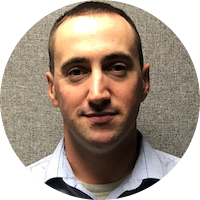 Staff Sergeant Derrick Fore joined the U.S. Army in 2002.  Fore was deployed to Iraq in 2004 and 2005 where he served as a combat infantryman.  In October of 2005, while employed as a gunner on a Humvee, his vehicle was hit by an improvised explosive device (IED).  Fore received shrapnel wounds and a traumatic brain injury (TBI) that rendered him unconscious for 23 hours.

In 2008, Fore deployed to a remote combat outpost in the Alishang Valley in Afghanistan. Fore served as a combat infantryman, mortar man, and forward observer during his tour.  In October 2009, he was a member of a security detail that escorted an agricultural development team to a village in the north.  During the mission, the team was ambushed by Taliban fighters with RPG’s and PKM’s. During the enemy fire, Fore repurposed his team to support the Embedded Training Team, which had taken serious casualties. Once the mission was complete, SSG Fore had walked 13 kilometers through the hills of Northern Afghanistan with a gunshot wound to his right ankle.

One month later, Fore was again injured by incoming indirect fire, which resulted in a TBI and other small wounds.  Fore was medically evacuated out of country against his will and spent two months in Germany recovering.

In 2014, Fore joined the Wisconsin Army National Guard.  After serving as a Mortar Platoon Sergeant for four years, he was medically retired in 2018.

Upon retirement, Fore received an associate degree in business management from Nicolet College in Rhinelander, WI. Currently, Fore is a Training and Development Coordinator at Ahlstrom-Munksjö, a global paper company.  He spends his time volunteering as a golf coach, baseball coach and working with at-risk veterans.  As he struggles with visible and invisible wounds, he has always been able to count on his amazing family for support and guidance.  He is a husband to Jacki and father to his son, Connor and daughter, Natalie.