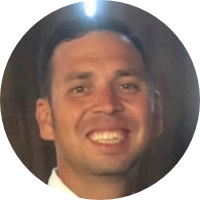 Specialist Anthony Morales is a veteran of the U.S. Army.  He enlisted as an Infantryman in March 2010, three days before his 21st birthday.

In September 2010, Morales deployed to Wardak Province, Nerkh District, Afghanistan in support of Operation Enduring Freedom.  His platoon was ambushed while on a dismounted patrol surveying a local health clinic on June 29, 2011.  During the fight, Morales was wounded by a rocket-propelled grenade.  He received shrapnel wounds to his left arm.  Shrapnel remains in his wrist today.

To work through his post-traumatic stress, Morales turned to golf.  When he returned home from service, he used the game to avoid taking medication.  He also began writing to help in his recovery.  Additionally, he credits his support system of family and friends with helping him fight the bad thoughts that creep into his mind daily.

Currently, Morales works at his family’s precast concrete business as a quality control manager. He has been able to use the training and tools learned in the military to help in his career.  He lives in Bakersfield, CA with his wife, Gia, their son Barrett and daughter Perri.