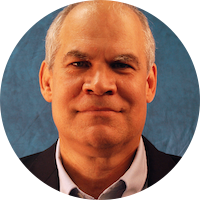 Steve Tozer is Professor and University Scholar in the Department of Educational Policy Studies at the University of Illinois-Chicago. He is founding Director of the Center for Urban Education Leadership and Coordinator of the UIC Ed.D. Program in Urban Education, a partnership with Chicago Public Schools that has received awards for exemplary practice from leading academic and policy organizations such as the University Council on Education Administration, the Council of the Great City Schools, and the Bush Institute’s School Leadership Initiative. The UIC program has twice been featured on the cover of Education Week, once on a national PBS broadcast, and in numerous other national publications.

Steve received degrees from Dartmouth College, Loyola University of Chicago, and the University of Illinois Urbana-Champaign (UIUC). After teaching and directing in a full-day, year-round kindergarten at Hull House and directing an early childhood center for Christopher House, both in Uptown Chicago, he later headed an alternative school for adjudicated Cook County youth. After Steve joined the Policy Studies faculty at UIUC, he published a textbook for teachers that has been continuously in print since 1993. He later served as head of Curriculum and Instruction at UIUC; Chair of Policy Studies at UIC; and President of the American Educational Studies Association. He was named a University Faculty Fellow at UIC and received the Association of Teacher Education Robert J. Stevenson Award for Outstanding Leadership and Dedication to the Education Profession.

Steve has led several educational policy initiatives. In 1999-2001 he chaired the Governor’s Council on Educator Quality in Illinois that founded the Illinois Education Research Council. In 2008 he chaired a joint State Board of Education and Board of Higher Education Legislative Task Force that changed principal licensure laws in Illinois In 2014-15 he co-chaired the Illinois School Leader Advisory Council, appointed by the State Board of Education and funded by Wallace Foundation. Steve is called upon regularly to address national audiences convened by the National Governor’s Association, National Council for State Legislatures, the Education Trust, Educational Development Center, National PreK-3 Institute, Wallace Foundation, and others.

Author or co-author of over 45 journal articles and book chapters, Steve is Associate Editor of Educational Theory; lead author of School and Society, Historical and Contemporary Perspectives, 7th Edition (McGraw-Hill, 2012); and lead editor of The Handbook of Research in Social Foundations of Education (Routledge, 2011).