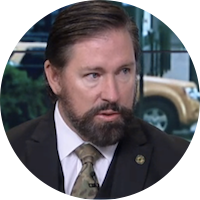 Master Sergeant Scott Neil is a retired Special Forces Veteran with executive, operational and combat experience.  He has served as a Senior Advisor to several General Officers, Senior Civilian Policy Makers, National Members of Interagency Task Forces as well as several House and Senate Committee Members. Following the events of 9/11, he conducted numerous successful special operation combat missions as part of the Commander’s In-Extremis Forces, one of the first to lead the Direct Action and Counter-Terrorism charge into Afghanistan, Iraq, and the Horn of Africa.  Neil survived numerous exposures to high explosive events that eventually sent him to recover and continue service at the Headquarters of Special Operations Command in Tampa, FL.

Following treatments for TBI and cognitive therapy, Neil became a voice in the veteran community as part of his relentless drive to ensure our veterans receive the necessary support needed to ensure a successful re-integration into civilian society.  While working at the Green Beret Foundation, Neil developed and launched a transition and resiliency program for the Green Berets titled The Next Ridgeline that has been featured in a Veteran’s Day tribute by Google and the National 911 Museum.

Neil continues to work with several Veterans Affairs Committees and the Senate Committee on Small Business and Entrepreneurship championing key contemporary issues facing our veterans who are establishing their own veteran owned businesses.

Recently, Neil started a craft distillery called American Freedom Distillery along with other Special Operations Veterans in the Tampa Bay Area.  In addition to his speaking engagements mainly in Washington, DC and New York City, he is a regular contributor to major news and media outlets including Fox News, CNN, Newsmax, Global News, LA Times, and Bloomberg Business Week.