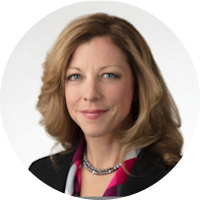 Colonel Patricia Collins served in the U.S. Army as a Communications Officer from 1991-2015.  In 2006, after returning from Iraq, she was struck by a car while bicycling to work.  Her injury left her as a below knee amputee, but did not affect her military service. Upon rehabilitation, she continued to serve, including a deployment to Afghanistan and commanding a Signal Battalion.  Collins concluded her military service in Washington, D.C.

Adjusting to life as an amputee was initially a challenge, but sports helped Collins regain her confidence.  She still participates in all previous activities, and has found new ways to tackle wearing a prosthetic to be a relatively small price to pay to continue to be active.

A former triathlete, it was important for Collins to find ways to challenge herself physically, post amputation.  While she returned to full military fitness, including free fall status, bicycling initially became her preferred sport over running.  Specifically, mountain biking gave Collins the same adventurous joy as trail running had previously.

After negotiating the challenges of Big Bend National Park and meeting fellow warriors, Collins continued mountain biking and also returned to the triathlon racing scene.  Working with other physically challenged athletes through organizations like the Challenged Athletes Foundation, Dare 2 Tri, or a grass roots neighborhood effort is a great way to help others.  Collins represented the U.S. as a member of the 2016 U.S. Paralympic team in the sport of Paratriathlon.

Collins currently serves as the Vice President of Business Development-Government with TigerSwan in Washington, D.C.  She has a son, Gabriel, adopted from Guatemala.