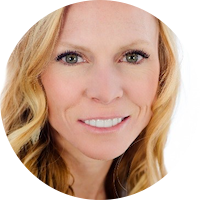 Sergeant Leslie Zimmerman was born and raised in Utah and joined the Army after graduating from high school.  Following graduation as the Distinguished Honor Graduate from Army Basic Combat Training, Zimmerman was trained as a Combat Medic.

Zimmerman served for a year in South Korea as a medic and also ran on the USFK Army 10-Miler team.  Subsequently, she was transferred to El Paso, TX where she prepared her unit for its medical readiness in preparation for deployment.  In 2003, Zimmerman deployed to Kuwait and entered Iraq at the beginning of Operation Iraqi Freedom.  She received an Army Commendation Medal for her actions while deployed.

Upon her return from deployment, Zimmerman attended Primary Leadership Development Course and graduated on the Commandant's list and received the top leadership award. She continued her medical training and became an EMT-Intermediate.

Zimmerman was honorably discharged from the Army as a Sergeant due to her symptoms of Post-Traumatic Stress (PTS) from her service in Iraq.  In an effort to help other veterans who suffer from PTS and other disabilities, Zimmerman began mountain biking and currently serves as an ambassador and staff member for Continue Mission, a Utah based non-profit organization that serves disabled veterans and their families.

In addition to supporting veterans, Zimmerman is a published children’s book author of Dream Big, and is presently working on publishing her second children’s book which aims to help children of deploying parents to understand deployment.  She currently attends Utah Valley University where she will receive her bachelors in public health, and she volunteers time to support the Utah State High School Cycling League.

Leslie’s accomplishments are many, but her greatest are her wonderful husband Judd and their three children, Kennedy (9), Levi (7), and McKay (6).