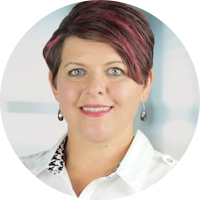 While deployed on a 12 month tour to Iraq in 2004, Rodriguez served as an Evacuation Sergeant and was "outside the wire" on convoys three to four days a week, often for eight to 12 hours per day, and many times even longer.  Rodriguez treated multiple casualties on several occasions, always due to IED attacks on her convoys.  In 2006 in Afghanistan, she and six other soldiers fended off an attack by a Taliban force of more than 35 enemy personnel.  During this firefight, Rodriguez earned recognition for treating the wounded during the multi-hour battle.

During her 21 year career, Rodriguez deployed more than five times.  On all of her combat tours, she served as a medic on the front lines of combat.  While in Afghanistan for a year, she and her ten-man team saw approximately 385 surgical patients in 2010.  The trauma Rodriguez witnessed was punctuated by the fact that both her husband was also serving at the time, with both of them eventually being diagnosed with PTS.  Now, their eldest son is serving as an Airborne Infantryman in the 82nd Airborne Division.  He already has his first combat tour completed, undoubtedly with more to come.

Rodriguez has found that the combination of intensive counseling, continued service, volunteering with non-profits, and mentoring junior soldiers have helped her effectively address her PTS.  Her husband, Michael, now a retired veteran, has also been diagnosed with post-traumatic stress, multiple traumatic brain injuries, and a myriad of other injuries.  After Michael participated in the 2015 W100k, he shared his love of mountain biking with her and they now spend time together riding and reconnecting with one another.

Today, Rodriguez is working as a mortgage banker with The Federal Savings Bank and resides in Fayetteville, North Carolina.  She is still passionate about service and enjoys helping people, especially fellow veterans achieve the dream of home ownership.  Rodriguez’ new career also affords her the flexibility to volunteer more in her community, which she truly enjoys.  She and her husband have three sons, each of whom are incredibly selfless young men with a true understanding of servant leadership.