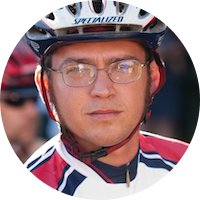 Joshua Davis graduated from Sahuarita High School in Sahuarita, Arizona, in May of 2003.   He arrived at Marine Corps Recruit Depot, San Diego, in November of 2003, and graduated as a Private First Class in January 2004.  PFC Davis checked in to the School Of Infantry in February 2004, and was assigned to Bravo Company, Infantry Training Battalion, and was trained as an 0351, Infantry Assaultman.  He graduated on April 7, 2004 and checked in the same day to 1st Battalion 7th Marines, where he was assigned to Combined Anti-Armor Team (CAAT) Red, Weapons Company.  Here he was cross trained with the TOW gunners and machine gunners.

In August 2004 he was promoted to Lance Corporal, and was reassigned to CAAT White.  LCpl Davis deployed with his unit at the end of August 2004, to the Al Qaim region in Al Anbar Province, Iraq.  LCpl Davis was injured in September, when the Humvee he was riding in lost control and rolled during a night patrol of the city, then again in October when the Humvee he was riding in hit a mine.

Cpl Davis deployed with his unit again, in February 2006, to the same region and province in Iraq.  He was assigned as a gunner for his Company Commander and First Sergeant.  On July 11, 2006, an Improvised Explosive device that detonated to the side of his Humvee injured him.  After returning to the states in September 2006, LCpl Davis began receiving treatment at Naval Medical Center San Diego.  He was promoted to Corporal in June 2007, and was transferred to the Wounded Warrior Battalion in September 2007.

On February 27, 2009, Corporal Davis was released from the hospital and retired from the Marine Corps.  He is currently pursuing a career in secondary education in Tucson, Arizona.  He actively participates in sporting events and fundraisers for injured service members, and in 2010 rode across the country with World T.E.A.M. Sports’ Sea to Shining Sea bicycle ride and completed the Marine Corps Marathon.