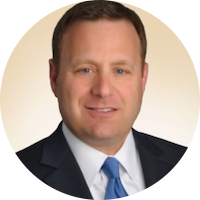 Mr. Joseph M. DePinto, also known as Joe, has been the President and Chief Executive Officer of 7-Eleven, Inc. since December 1, 2005. Mr. DePinto served as the President of GameStop Corp., from March 15, 2005 to December 2005. He served as Vice President of Operations at 7-Eleven Inc., from May 22, 2003 to 2005 and served as its Division Vice President from 2002 to 2003. He served as Senior Vice President and Chief Operating Officer of Thornton Quick Cafe & Market. He began his career at PepsiCo, Inc., where he held a number of executive positions. He has been the Chairman of Brinker International, Inc. since November 7, 2013. Mr. DePinto serves as a Director of The Greater Dallas Chamber and Business Executives for National Security, Inc. He has been an Independent Director of Brinker International, Inc. since August 2010 and served as its Lead Director until November 7, 2013.

Mr. DePinto has been a Director of The Retail Industry Leaders Association (RILA) since June 2011. He serves as a Director of Seven & i Holdings Co., Ltd. He served as an Independent Director of Officemax Incorporated from July 27, 2006 to November 5, 2013.

Mr. DePinto served as a Director of Jo-Ann Stores Inc. from April 2008 to August 1, 2010 and Geniant LLC. He is a Member of the Young President' Organization West Texas Chapter and a Champion for the Network of Executive Women. Additionally, he is a Member of the Advisory Councils of The Outlook Leadership Network and the Japan-America Society of Dallas/Fort Worth.

Mr. DePinto has a Bachelor of Science degree in Engineering Management from the United States Military Academy at West Point and a Master of Business Administration from the Kellogg School of Management at Northwestern University.