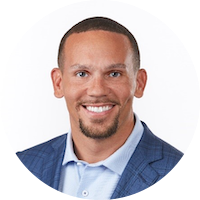 Yellock’s second deployment was to Paktika Province, Afghanistan.  On July 6, 2011, an improvised explosive device (IED) struck his vehicle, injuring both of his legs.  He applied tourniquets and continued to assist his team by providing helicopter landing zone guidance to MEDEVAC himself and his interpreter to the nearest hospital.

Yellock received the Bronze Star, Purple Heart, and Combat Action Medal for his actions that day.  He spent the next three years in rehab at BAMC in San Antonio and has endured 31 limb-salvage surgeries to-date in order to keep his legs.  Ultimately, Yellock’s ankles were fused in place and he’ll wear adaptive leg braces for the rest of his life.

Throughout his recovery, Yellock played golf.  He was first invited to compete in the 2013 Warrior Open.  He would describe that as “a life changing opportunity for fellowship with other service members in the company of our President”.  Yellock was medically retired, with a 100% full and permanent disability rating from active duty on November 27, 2013.

Yellock spent two years serving veterans, fellow wounded service members and Gold Star families through various non-profit works.  He champions the Mark Forester Foundation to honor his best friend who was killed in action.  Since his injury, Yellock has been traveling the country as a professional speaker and encourages other veterans to share their incredible stories and valuable perspectives on life.  He is currently attending The Cox School of Business at Southern Methodist University earning an MBA.